100 US firms may shift base from China to Uttar Pradesh

Up to 100 US firms interested in leaving China after the Covid-19 pandemic, are seriously considering Uttar Pradesh as their new destination.

Uttar Pradesh Minister in charge of  MSME Siddharth Nath Singh engaged with them on Tuesday through a webinar organized by the US-India Strategic Partnership Forum. Representatives of these companies showed interest in the fields of agriculture, electronics, medicine, scientific instrumentation and logistics, defense, aviation, food processing, MRO, etc. Companies include Lockheed Martin, Adobe, Honeywell, Boston Scientific, and Cisco Systems, as well as global delivery service providers such as UPS and FedEx.

Several companies have expressed their interest in leaving China and are looking for other investment destinations, including India. We discussed with them the extent of investing in UP and informed them that the country is home to more than 90 lakh of MSMEs and skilled workers. With a stable government in the state, along with creating strong supportive infrastructure in terms of roads, water supply, irrigation capacity, and power supply 24×7.

The minister, along with a team of senior officials, including Industrial Development Commissioner Alok Tandon and the principal secretary, MSME and Exports, Navneet Sehgal, spoke with company representatives. The informed US companies that the state government developed 21 sectoral policies, primarily in the areas of defense, pharmaceuticals, food processing, electronics, and education. 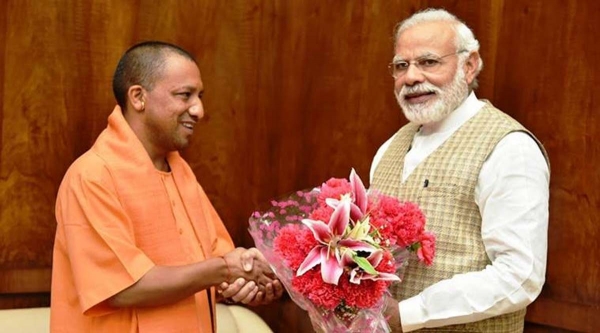 Speaking to FE, Sehgal said that companies asked what incentives UP would offer if they shift the base from China. "We told them about various incentives, such as capital subsidy, land subsidy, etc., and we also informed them that the UP already has a vast  network of MSME units, which can be used for multiple purposes."

It should be noted that just one day before, Prime Minister Modi advised countries to turn the coronavirus crisis into an opportunity. In fact, even before the prime minister's advice, chief minister Yogi Adityanath had tasked his ministers and officials to determine ways in which the state could attract industries moving from China after the outbreak of the coronavirus.