On March 2, Prime Minister Narendra Modi posted on social networks that he is thinking of "giving up my social media accounts on Facebook Twitter, Instagram, and YouTube." With 53.3 million followers on Twitter, it is among the most followed political leaders in the world. 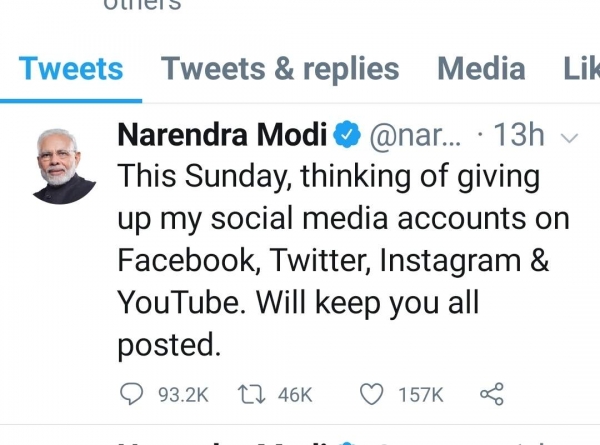 This Sunday on March 8, is International Women's Day. PM Modi can make an important announcement on an important date (March 8) about social networks.

The conference leader and Thiruvananthapuram Shashi Tharoor feared that a sudden announcement could lead to a ban on social networks across the country.

In addition, the BJP government has taken an adversarial position against large data companies.

"The Internet has today become a powerful tool to cause an unimaginable disruption of the democratic political system, and it was considered that the existing rules were revised for the effective regulation of intermediaries taking into account the increasing threats to individual rights, integrity of the nation, sovereignty and security, "said earlier the Ministry of Information Technology.

In addition, the government wants to review existing  rules for intermediaries or social media apps  and user-dependent platforms to create their own content, such as TikTok,  Instagram et al Sources

Twitter was divided by referring to the resignation of social networks, while others believed he was evading statements on important issues such as the three-day clashes in northeastern Delhi on the Citizenship Amendment Law.

The former president of the conference, Rahul Gandhi, suggested that Modi leave the "hate speech" instead of social networks. 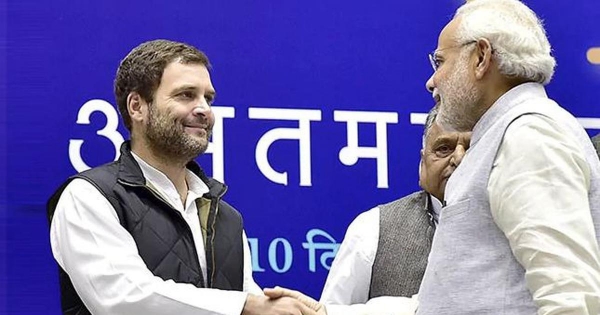 While the editor-in-chief of India, Rajdeep Sardesai, said today: "How ready we are to face the coronavirus and how to revive the economy, we now await the reason for the withdrawal of the prime minister from social networks."