Breaking Reliance vs Amazon: The Epic Battle for Bragging Rights in Indian E-commerce

In recent months, JioMart has also expanded into fashion and electronics, among the sectors driving sales from the current large e-commerce markets. Reliance's intention to push these key sectors first for the next biggest e-commerce game is clear.

Jeff Bezos' sprawling e-commerce empire in India is experiencing a moment of truth again. Previously, it was in 2013 when Amazon entered the nascent and almost untapped e-commerce market with an underdeveloped infrastructure with only 16% of the population online, and cash is the undisputed king. The e-commerce market at the time was Flipkart and Snapdeal which were arguably the only major players in e-commerce. Amazon has managed to quickly adapt to the Indian way of selling products online and with ample capital as it has always been a strong internet force in the US, Snapdeal has been urging to take on Flipkart head-on and overcome challenges. The dividing factor was largely the capital at the time, and now it's, even more, an enabler as Bezos, the richest person on earth, entered into an e-commerce dispute with Asia's richest billionaire, Mukesh Ambani. 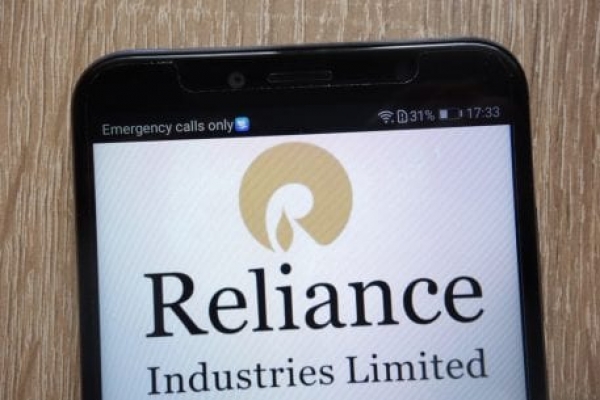 What's in the block is pretty clear: The e-commerce market for one of the world's fastest-growing economies - India, which will reach $ 99 billion by 2024, according to Goldman Sachs. Perhaps no other major economy in the world offers this level of volume. To win this market, which accounts for only 1.6% of total retail sales, according to the 2019 World Bank Group report, traditional or offline retail is the lever that will catapult Reliance, Amazon, or Walmart to comfortably lead the market over the next decade and more.

Reliance, Amazon, and Flipkart didn't respond to the survey for answers to this story.

For Ambani, it is certain that Reliance has already made clear progress when it comes to traditional trade with 11931 stores, as of September 30, 2020. Reliance Retail has been operating neighborhood stores, supermarkets, hypermarkets, cash and carries wholesale stores, etc. as part of a multi-front strategy in Nearly 7,000 cities witnessed 640 million acquisitions that gave Ambani an unprecedented procurement base and execution power. The shift from oil and telecommunications to technology and e-commerce is quite evident at Reliance as well. Reliance Retail Ventures raised about $ 6.4 billion from Silver Lake, KKR, Mubadala, Abu Dhabi Investment Authority, GIC, TBG, General Atlantic, and the Saudi Public Investment Fund to double its bet on e-commerce at Geomart.

According to Reliance, JioMart continues to grow rapidly with a steady increase in daily customer orders: 4-fold in the second quarter compared to the first quarter of FY 21. In fact, in the first quarter, Reliance claimed to be offering more than the company said in a statement that 4,000 of orders per day "significantly higher than any other home grocery delivery company". After Facebook invested $ 5.7 billion in Jio Platforms, Ambani also enabled grocery ordering via WhatsApp. In recent months, JioMart has also expanded into fashion and electronics, among the sectors driving sales from the current large e-commerce markets. Reliance's intention to push these key sectors first for the next biggest e-commerce game is clear. “Reliance definitely has an edge in multi-channel sales due to its physical presence,” said MadhurSinghal, Managing Partner of Financial Express Online's Global Praxis Alliance, that we see the company relying on investments in technology and customer experience.

The recent decision by the Indian Competition Commission (ICC), the competition watchdog, in favour of Reliance's deal of Rs. 24,713 crore to acquire the Future Group's retail, wholesale, logistics, and warehousing business would have added to Reliance's retail strength. This could be a temporary setback for Amazon as it will lose valuable access to its 1,500+ stores, including Big Bazaar, Food Bazaar, FBB, Food Hall, Easyday, and more in over 400 cities amid a $ 1 investment commitment. The 6 billion that Bezos has made in India so far including the billion dollars that it has announced in January this year. The company has also run several initiatives to promote small businesses in the country and increase the vendor base of 7,000 square meters.

Amazon, which was a fierce competitor anyway, is expected to do its best to bring more small businesses and Kirana into its market should it eventually lose out to Reliance by getting its hands on future assets. “Reliance is the largest offline player and in the organized food sector it has about 25% market share, while Future has about 10%. That's why Amazon was interested because if they couldn't work with Reliance, which ranks first, they would want to work. With second place and having the chance to fight in the "Financial Express Online supermarket here, Walmart-owned Flipkart, unlike other categories like fashion, is absent not only against Amazon and JioMart but also against BigBasket and Grofers."

The seller base in Amazon India 7 Lakh, mostly small companies, recently surpassed the UK and Germany markets to become the second-largest market by a number of sellers. In fact, Amazon is bringing more sellers into its market in India than other markets in which it is present, with the exception of the United States, according to research by Marketplace Pulse. The company has added 20,000 sellers in the past few months. During his trip to India in early 2020, Bezos was involved in his plans to acquire more than 10 million (Rs. 1 crore) of small and micro business sellers online by 2025. That number seems a long way off unless Amazon is somehow able to Seller increased dramatically. Grassroots, especially small businesses, which make up the majority of companies in India, has been reluctant to embrace the technology. About 99% of Indian companies entered the MSME category after the recent revision of the MSME definition by the government.

However, in his battle with Reliance, the difference will be experienced as in his competition with Flipkart, where all three players are capitalized very well. “Amazon is by far the most successful e-commerce player in the world. They have acquired great technical strength, massive access to capital, and labor-power in different parts of the world, and they've acquired very strong brands in multiple categories. Also, they don't have to. Amazon is turning to investors to raise money. Reliance has to do all of that when it comes to e-commerce, while the execution and capital raising skills are incredible” said Arvind Singhal, Head of Technopak Advisors for Financial Express Online.

While Reliance has strength in the offline and B2B business sector, on the ground, it lacks expertise in conducting purely online businesses, according to experts. "Ultimately, the winner here will be a company that can offer customers a wealth of products and superior customer experience. Even if I convince them for a while about pricing, but then, clients will look for expertise, which is something Reliance needs," an e-commerce consultant told Financial Express Online.

Reliance definitely has a ubiquitous brand and a deep presence outside the internet in cities. It is also well-capitalized. However, building e-commerce systems, protocols, supply chain, user interface, and consumer trust will take time while capital can shorten the circle in those stages, the team has to come together, "Madhur added. 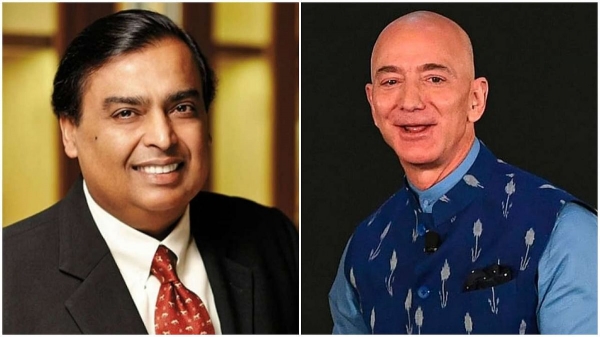 Especially for pricing, which is a crucial element in attracting price-sensitive Indian customers to buy online, Reliance can try to replicate the success of its communications with Jio by cutting prices and offering cheaper products to nearly stifle the competition. This may work well to cater to buyers who live particularly in peri-urban or third-tier areas and beyond and who are more value-conscious than urban buyers, but it cannot be a long-term gamble.

Mina explains that the pricing part works well in communications, but in e-commerce, you need to offer the same experience for every order. In telecommunications, people usually take the connection and use it for many years, but in e-commerce, if you don't get a good experience in one port, you will move to another. This may not often be done with the telecom provider when there is a process to change. Therefore, you should provide a better experience. He added that Reliance is not a purely technology-driven B2C company willing to take over e-commerce. There are Reliance stores, there will likely be future stores, and then you work with Kiranas and you also have warehouses. Therefore, you should consolidate these 4 different areas and optimize them for delivery from the store closest to the customer. Against the background, a lot of things have to be done for integration and that won't be easy, he said.

E-commerce sector regulatory guidelines, which have proven somewhat headwinds for Amazon and Flipkart, could play a role in the future. However, it will not be as aggressive as the one in China. Government Press Release Number 2 of 2018 allowed 100% of foreign direct investment in inter-business e-commerce, while markets must meet certain criteria. Moreover, the marketplaces cannot exercise ownership of the inventory that is sold retail on the portal or influence its sale directly or indirectly. Also, it is not possible to sell any selling entity in which the market has a stake in shares online. For example, Amazon was reportedly forced to restructure its ownership in Cloudtail to reduce its stake to 24% from 49% after implementing new foreign direct investment rules in February of last year.

The government also tightened its foreign direct investment policy earlier this year for investments from countries that share a border with India to curb "opportunistic acquisitions" for domestic companies, a move was seen in the light of the restriction and promotion of investment from China made in India and Vocal for Local Campaigns. . With the revised base, entities located in neighboring countries can only invest under the government track.

"You will see some kind of regulation that gives preference to Indian companies, but it won't be very aggressive like China because India still needs to invest," said the e-commerce consultant. The government has managed to create a business-friendly environment in recent years. There was no cancellation of the IED rules. Indeed, foreign investment is relaxing with each passing hour. There is a trend towards self-sufficiency from a manufacturing/production perspective, but that hasn't changed anything in the retail space, "Madhur added.

However, for Reliance, the primary battle will be to gain market share by establishing itself as an alternative to Flipkart and Amazon in customers' minds rather than fighting for the bragging rights of being on top of the table. Even with second or third place, Reliance is very likely to be a major player in the Indian e-commerce market and that should not bother Ambani.