"This test uses an indigenously developed, cutting-edge CRISPR technology to detect the genomic sequence of the SARS-CoV-2 virus. CRISPR is a genome-editing technology to diagnosing diseases," the statement said.

According to an official statement issued by the Ministry of Science and Technology, the Tata CRISPR test, powered by CSIR-IGIB, has obtained regulatory approvals from DCGI for its commercial launch, in accordance with ICMR guidelines, and meets high standards. quality with 96% sensitivity and 98% specificity for the detection of new coronaviruses. 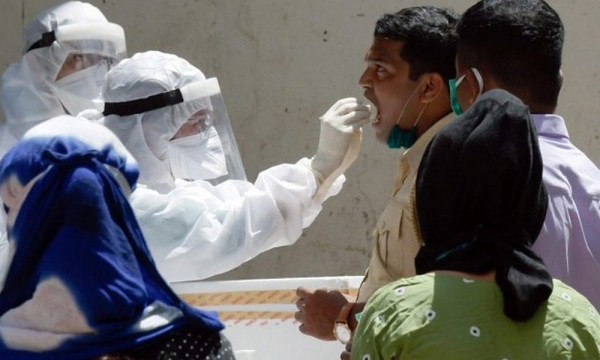 It added: "The Tata CRISPR test is the first diagnostic test in the world to implement a specially modified Cas9 protein to successfully detect the virus that causes Covid-19."

The statement further said that the launch marks a significant achievement for the Indian scientific community as it moves from research and development to highly accurate, scalable, and reliable testing in less than 100 days.

"The Tata CRISPR test achieves the precision levels of conventional RT-PCR tests, with faster response time, less expensive equipment, and greater ease of use. Additionally, CRISPR is a future technology that can also be adapted to detect many other pathogens in the future. "

Commenting on the development, Girish Krishnamurthy, CEO of TATA Medical and Diagnostics Ltd., said: “The approval of the Tata CRISPR test for COVID-19 will strengthen the country's efforts to combat the global pandemic.

"The commercialisation of the Tata CRISPR test reflects the tremendous R&D talent in the country that can collaborate to transform India's contributions to the world of global scientific research and health," he said.

Anurag Agrawal, Director of CSIR-IGIB, said work initiated by CSIR under the Sickle Cell Mission for Genome Diagnostics and therapeutics has led to new insights that can be leveraged to develop a new rapid diagnostic test for SARS-CoV-2.

According to the release, the group has worked closely with CSIR-IGIB and ICMR to create a high-quality test that will help the nation increase Covid-19 testing quickly and inexpensively, with a safe, reliable product affordable and accessible 'Made in India'.