This is how coronavirus could spread in a grocery store

If you're still visiting your usual air-conditioned departmental store to buy groceries, switching to an open shop might be a good idea.

A new model developed to study the behavior of aerosols in a " grocery store-like" environment by four Finnish research organisations shows that these small airborne  particles emitted during coughing, sneezing, and talking are transported in the air and can  stay and spread in this environment for several minutes

The experiment takes into account the centralized ventilation measures in such a store, which do not completely stop the spread of aerosols from one corner to another. 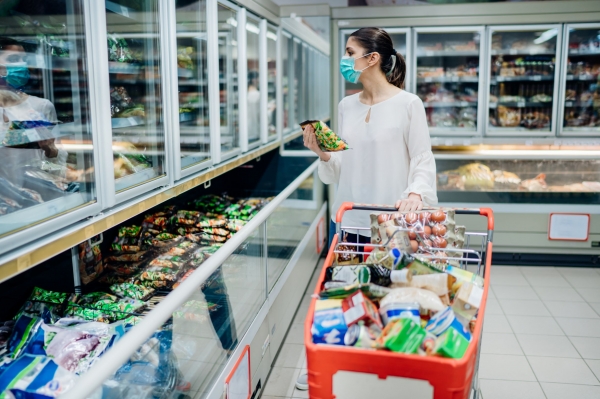 Scientists believe that these particles can carry pathogens such as viruses, including Covid-19. Researchers used the supercomputer provided by CSC, the Finnish IT Center for Science Limited, and simulated 3D visualization of the results.

The simulation models a scenario where a person coughs in an aisle between shelves, very similar to an ordinary grocery store, and finds that aerosols still travel and remain in the air despite ventilation. The researchers modeled movement in the air from aerosol particles less than 20 micrometers, which is slightly larger than the usual aerosol emitted during a dry cough. " Extremely small particles of this size do not sink to the floor, but rather they move along air in the air currents or remain floating in the same place,"  a statement on these findings released by Aalto University reads.

Another study published in the Journal of the American Medical Association by Lydia Purwipa at the Massachusetts Institute of Technology (MIT) confirmed the role of a " multiphase turbulent gas (a puff)  cloud that entrains ambient air and traps and carries within it clusters of droplets" when a person coughs and sneezes. The paper concludes that "given different combinations of an individual patient’s physiology and environmental conditions such as humidity and temperature, the gas cloud can travel 23 to 27 feet (7-8 m)”.

Both the above experiments are largely based on the biophysics of droplets and use the behavior of known droplets that carry the lesser-known virus to analyze the possible limits of their reach.