Jio to play key role in development of 5G ecosystem in India: RIL

NEW DELHI: Reliance Industries said in its latest annual report that Reliance Jio would play an important role in the development of the 5G ecosystem in India based on market dynamics.

On the issue of the minimum price for mobile services, the company indicated that market dynamics have improved in the recent past as reflected by the tariff hikes in December by operators.

It said that the government has also expressed its intention to hold the next round of spectrum auctions during the fiscal year 2020-21. 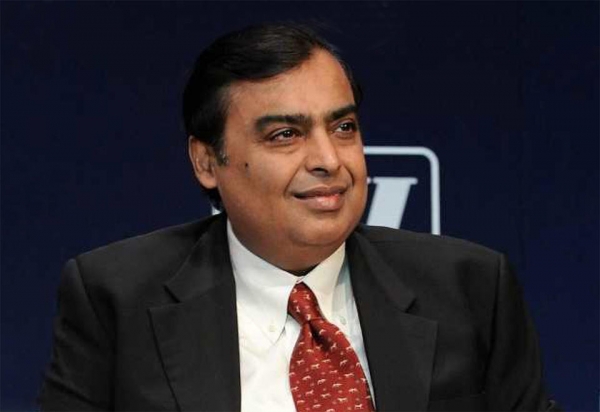 "With its 5G-ready network and extensive fiber assets, Jio will play an important role in the development of the 5G ecosystem in India, depending on market dynamics," the annual report stated.

In his letter  to shareholders, Reliance Industries Chairman Mukesh Ambani said there are still millions of 2G phone users who cannot use the Internet, highlighting the urgent need for India to fully transition from 2G to the 4G era and beyond, and underlining the opportunity that Jio has in such transformation

"In the past two years, JioPhone has successfully transitioned nearly 100 feature phone (2G) phone users to 4G," he said.

Mukesh Ambani noted that Jio's success in building technology specifically for India and its ability to spread across the country has attracted world technology leaders, Facebook and Microsoft,  to forge partnerships with it.

Ambani said Reliance Jio continues to add subscribers at an unprecedented rate in the world of telecommunications with 387.5 million mobile phone subscribers (as of March 31, 2020).

Described Jio as a major catalyst in creating the broadband data market in India, saying he is now the number one mobile operator in the country by both adjusted gross revenue (AGR) and subscribers.

Reliance Jio said it offers its state-of-the-art wireline services across homes and enterprises, adding that all of this will help place a strong foundation for providing platform-based digital services.

According to the report, Jio connected nearly one million homes with JioFiber services until March 2020.

Ambani said the launch of the digital commerce initiative will open more growth opportunities for organized retail business and leveraging the strength of consumer and digital platforms.

He said, "Reliance Retail and WhatsApp entered into a commercial partnership agreement to further accelerate the digital commerce business at Reliance Retail on the JioMart platform using WhatsApp and to support small businesses on WhatsApp."

Furthermore, Jio said that market dynamics have improved in the recent past, as reflected by the increase in tariffs in December 2019, as all operators revised their tariff plans upwards by up to 40 percent.

"During the year, the Telecom Regulatory Authority of India (TRAI) also launched a consultation process on the feasibility of establishing a lower price for mobility services in the country," it said, adding that Jio will continue to actively engage with regulators and industry stakeholders to drive growth for all.

On the issue of call connect charges, as the interconnection usage rate (IUC) will drop to zero as of January 1, 2021, Jio said that it accordingly introduced a charge of 6 paise/minute on all off-net outgoing voice minutes to pass through the impact of change in regulatory stance on IUC in October 2019.

"This has resulted in a significant improvement in the voice traffic mix, as users of free voice services have left the network, and Jio is now a net receiver of IUC. Jio still believes that the transition to the BAK ( Bill and Keep) will accelerate "the adoption of more efficient technologies such as VoLTE, which has a negligible cost  for carrying and servicing essential voice services," RIL said

In recent months, Reliance Industries has secured more than Rs 1.15 lakh crore from global tech investors, including Facebook, selling less than a quarter of its digital business and raising Rs 53,124 crore by selling shares to existing investors in the past days.