TPG is an investor in several major global technology disruptions such as Uber, Airbnb, and SurveyMonkey.

The PE fund, known primarily for leveraged buyouts, has been in talks for the past few weeks, and is expected to be nearing a deal that might see it invest $ 1-1.2 billion,  said the people mentioned earlier. Someone said the investment could be as high as $1.5 billion.

An official announcement is expected in the coming days. 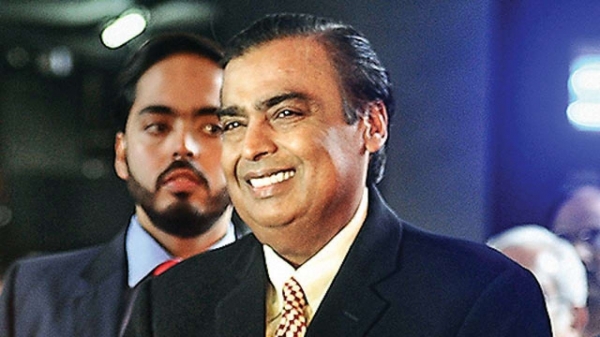 TPG declined to comment. Mails to Jio did not generate any response till press time Wednesday.

Jio Platforms has already raised <Rupee> 97,885.65 crores (approximately $ 13 billion) by diluting a 21% stake through eight transactions in seven weeks to a  host of strategic and financial investors, starting with Facebook.

With 388 million subscribers, telecom business has become the engine of RIL’s growth, helping -  along with the group's fast-growing retail business, to offset the decline in oil and petrochemicals, the legacy cash cows.

Besides Facebook and buyout funds like KKR, middle-eastern sovereign funds such as Mubadala and the Abu Dhabi Investment Authority (ADIA)  have joined Jio  Platforms fund-raising juggernaut.

With the latest ADIA investment, which was announced last Friday, Jio Platforms is valued at Rs. 4.91 lakh crore, excluding debt and liabilities.

Saudi Arabia’s Public Investment Fund (PIF) is also engaged with Jio platforms to invest $ 1.5 billion and is expected to finalize negotiations in 7-10 days.

In 2019, TPG garnered $ 1.6 billion for its TPG Tech Adjacencies, a new investment tool focused on capital solutions for the technology industry.

In India, TPG has deployed more than $ 2 billion since setting up shop in the early 2000s  across sectors such as financial services, retail, healthcare, and pharma.

"In the past 5-6 weeks, the TPG conversation has intensified. An official involved in the negotiations declined to be identified because discussions are in the private domain like most funds it is also looking for new opportunities during the pandemic.

In April, TPG did its first deal during the pandemic, buying a majority stake in LifeStance Health Inc, a lower-cost healthcare services provider.

In a recent interview with Bloomberg, TPG's co-CEO, Jon Winkelried, said he is scouting for more deals in broadband communications and education, two industries where Winkelried sees winners emerging out of the dislocations and demands arising by social distancing and working remotely.

In this context, Jio Platforms appear to fit the bill. RIL's platform approach to creating a digital ecosystem has attracted the attention of investors.

Having already diluted over 20%, RIL watchers feel that Ambani could shed another 9% before listing the company, which could happen to a $ 100 billion valuation.

The fund-raising spree across subsidiaries, ahead of the planned IPO for Jio, along with the ongoing mega rights issue and slowing down of new investments, is also expected to deleverage the Reliance Group's balance sheet after an estimated  $ 40 of Capex to build the world’s largest 4G network.

“RIL has succeeded in positioning itself as a zero-debt tech company in a virtual economic environment taking precedence over real. This has the added advantage of taking attention from a weaker near-term refining outlook,” said Jal Irani of Edelweiss.

Also Read: Health Ministry issues guidelines for COVID etiquette when you step out