YouTube Shorts are now available on TV! Check all the details here

YouTube Shorts are now available on TV screen near you. The Google-owned video-sharing platform, Youtube announced this news on November 8. It looks to meet growing competition from competitors like Meta and TikTok around the world.

The company said the feature will roll out in the coming weeks for models of smart TVs, game consoles and streaming devices made in 2019 or later. Users will be able to play these short videos from the new shorts shelf on the YouTube app home page or creator channel page.

You can also interact with them by liking or disliking the videos, reading the titles and descriptions of those videos, and subscribing to the creators' channels after watching their short videos.

"While this may seem like a natural next step, an incredible amount of thought and care has gone into bringing this mobile-first vertical experience to the big screen," said Neil Mohan, YouTube's chief product officer, in a blog post.

In the post, YouTube executives also detailed the planning process and various design experiments they went through in bringing this video format to the big screen, as short films are primarily designed for mobile screens. "It was important that the experience of the shorts on television be consistent with what the community saw on mobile, as well as what they naturally saw on the larger screen," the company said. 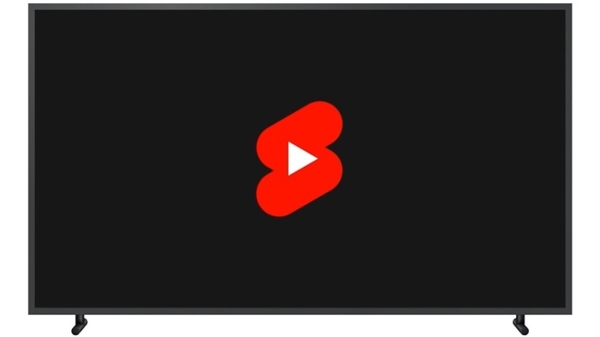 Experiences include the traditional YouTube video player, a "Jukebox" style player that will play multiple short films at the same time, or a dedicated player that fills in the empty spaces on either side of the video. The company found that the Jukebox style strayed too far from the core of shorts that played one video at a time, while the shorts didn't play well on a traditional player.

YouTube reported that it also found unusual behavior with the experience of watching the short video on TV: People wanted to manually go to the next short video instead of playing the feed automatically, as opposed to the typical experience of lying down while watching TV.

Therefore, the app now allows users to start or stop video playback via remote by tapping directly on the short video or by using the play/pause buttons. The video will continue to play in a loop until the user manually skips to the next video. One can use the up and down buttons on the remote to go to the next video or go back to the previous video.

YouTube Short was first introduced in India in September 2020 and claims that it is currently viewed by more than 1.5 billion registered users in over 100 countries each month and generates more than 30 billion daily views.
The announcement also comes a few months after YouTube announced it will begin sharing ad revenue with short film creators beginning in early 2023. The move is part of major changes the company is making to YouTube's Partner Program. YouTube, allowing short film creators to move forward. and earn money through various formats on the platform.

Short film-focused creators will be able to join the program if they have 1,000 subscribers and at least 10 million views of their short videos over a 90-day period. The current program currently requires YouTubers to have more than 1,000 subscribers and 4,000 hours of viewing within the past year.

YouTube will show ads between videos in the short film feed and these ads will not be attached to specific videos. Each month, the proceeds from these ads will be pooled to pay short film creators and help cover music licensing costs.

Of the total amount allocated to creators, YouTube will allow them to keep 45 percent of the revenue share, which will be distributed based on the number of views the short films get in each country. The revenue share will remain the same even if the creators use music in their short videos.