Reliance Jio has announced that it will host its 45th Annual Meeting (AGM) on August 29. The event is expected to see the launch of the company's 5G services in the country. It is also rumored that the company could also announce its 5G phone at the event: JioPhone 5G. Mukesh Ambani Telecom has been working on 5G services for some time now. Jio 5G is expected to launch for the first time in just 13 cities. This may include Delhi, Bengaluru, Chandigarh, Gandhinagar, Ahmedabad, Gurugram, Mumbai, Pune, Hyderabad, Chennai, Jamnagar, Kolkata, and Lucknow. Jio was the highest bidder in the recent spectrum auction, especially in the 700Hz band.

The 45th Jio General Assembly will be a virtual event, similar to the previous year. The telco is expected to make announcements about the future of Reliance Jio, Reliance Digital, and Oil to Chemical (O2C). Speculation also indicates that the company may go public with its Jio platform in the near future. 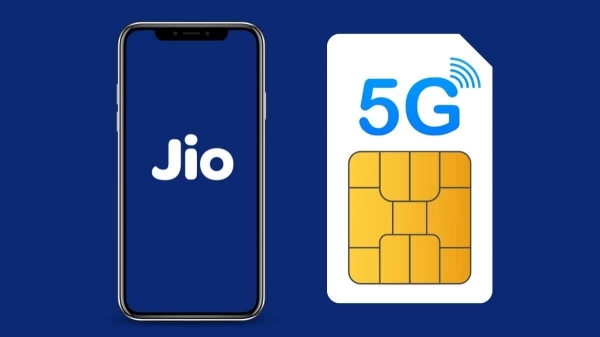 JioPhone 5G: what to expect

Another important announcement expected at the 45th Jio AGM is the launch of the company's first 5G phone - JioPhone 5G. According to online reports, the upcoming phone will be developed in cooperation with Google. The smartphone is expected to come with a large 6.5-inch screen with HD+ quality. It may have an IPS display with a 60Hz refresh rate.

JioPhone 5G is said to be powered by Qualcomm Snapdragon 480 5G SoC. The phone may come with 4GB of RAM combined with 32GB of internal storage. The device is likely to run on the company's PragatiOS operating system and may have a 5000mAh battery. The smartphone is said to be equipped with an 18W charging adapter. There may be a USB Type-C port for charging.

The smartphone may come in-built with Jio apps as well as Google Play services. On the camera front, the JioPhone 5G is expected to have a 13MP + 2MP dual sensor at the back. As far as pricing is concerned, the smartphone is likely to be priced below Rs 10,000.