Kolkata: Softbank-backed e-commerce firm Meesho announced on Tuesday that it has digitized more than 30,000 West Bengal small businesses on the platform. The company also said in a statement that it has reinforced BCCI president and former national team captain Sourav Ganguly for its marketing campaign during the upcoming festive season.

"Meesho has witnessed a significant increase in the number of MSMEs from West Bengal joining the platform in the last year. The top categories preferred by vendors in the region include apparel, personal care, wellness, consumer electronics and home decor," the statement said. 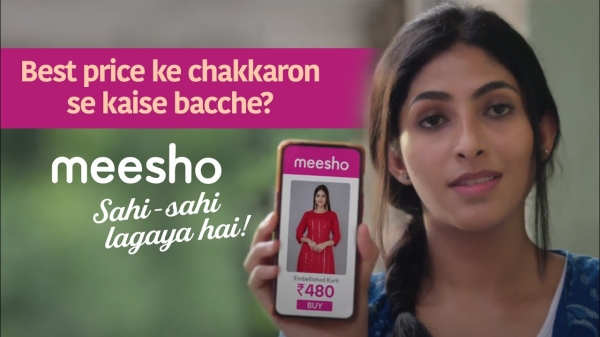 It claimed that the platform recorded over 100 million users transacting last year, with customers in Tier 2+ markets being the main driver of this growth, accounting for 80 percent of all shoppers.

The company also said that the platform recently recorded more than 102 million downloads in the fourth quarter of FY22, recording a 5-fold year-over-year jump.