Price increases in the United States slowed in April, but annual inflation remained near a 40-year high, leaving many Americans struggling to meet basic needs like food, shelter and fuel.

The latest figures from the Consumer Price Index (CPI), which measures a wide range of goods and services, showed that prices rose at a monthly rate of 0.3% in April, compared to 1.2% in March, the first drop since August 2021.

But it is still too early to tell if inflation has peaked. At 8.3%, April's annual inflation rate was lower than March's 8.5%, but remains at levels not seen since the 1980s. The food CPI rose 9.4%, the highest increase in the twelfth month since April 1981. The so-called core price index: which excludes the volatile categories of food and energy, rose 0.6% in the month of March. 0.3% gain.

The figures come as the Federal Reserve prepares to sharply raise interest rates to rein in prices. The pace of rate hikes and fears they could trigger a recession spooked investors and rattled stock markets.

The increase in demand and the lack of supply due to the pandemic has caused price increases in a wide range of goods and services. Airfare prices have risen 40% in the last three months. A booming housing market has made housing unaffordable for many Americans, particularly those of colour, with 49% of people recently telling Pew Research that affordable housing is an important issue in their community. 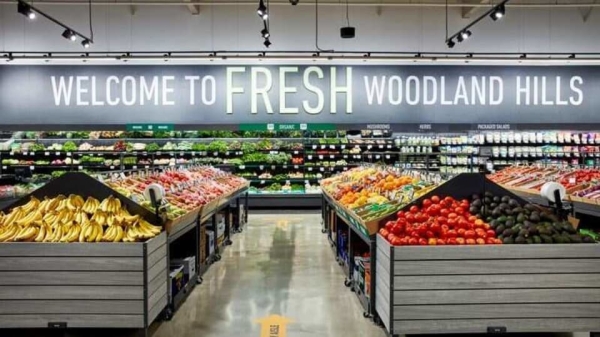 Randall Kroszner, a University of Chicago economics professor and former Fed governor, said a sharp rise in core inflation will worry the Fed. "This is where they look for evidence that inflation is taking hold," he said.

Kroszner said that global problems, including the war in Russia-Ukraine and the Covid problems in China, had combined with rising interest rates to deliver a "double whammy" to the US economy. He believes that the probability of the United States slipping into a recession has increased and that the housing and labour markets could be the next to suffer.

"Normally I'm optimistic, but it's hard," he said.

The rising cost of living has become a major political issue as the United States prepares for November's midterm elections. The price increase surpassed Joe Biden's approval ratings. This week, an Investor’s Business Daily/TIPP poll found Biden's approval rating had fallen to 39%, closer to his previous February high of 38%, and confidence in the US economy was close. of a minimum of eight years.

On Tuesday, Biden said his administration is doing everything it can to combat inflation. "I want all Americans to know that I take inflation very seriously," he said in a White House speech. "It's my national priority.

The Biden administration has tried to cut prices. In March, the White House announced its intention to release up to 1 million barrels a day of oil from the strategic reserve to alleviate high gasoline prices, exacerbated by the war in Ukraine. Gasoline prices remain high at a national average of $4.37 a gallon, up from $2.96 a year ago, according to AAA.

Republicans have blamed Biden's stimulus packages for the price hike, a claim he denies. The president said his policies had avoided damaging the country's economic prospects.

MIT economics professor Kristin Forbes said the recovery in the US has shown that the US economy is short of skilled workers in industries with high demand for jobs, driving up wages, an emerging problem. The pandemic has also affected Great Britain.

The former Bank of England politician told a committee of British Parliament MPs that she expects inflation to come down in the United States, particularly if higher borrowing costs come in result in more expensive mortgages and loans.

However, he said the UK is facing a steep inflationary spiral which will continue into the autumn as the UK is the only country affected by all six drivers of global inflation. Inflation is at 7% in the UK but the bank expects it to top 10% by the end of this year.

He highlighted the impact on the UK of rising energy prices, falling exchange rates, trade restrictions that have driven up commodity prices, a decade of modest inflation pre-pandemic, business and consumer expectations of much higher inflation a year from now and a tight labour market. market, driving up wages.

"The UK is the only country that meets all the criteria when inflationary pressures come from all six areas," he said.


Also Read: The government will own a 33% share in the Voda idea post-equity conversion