In a major change in Apple's strategy, the iPhone maker announced that its video calling service, Facetime, will finally be available on Android and Windows platforms, via the web. Apple announced the update during the Worldwide Developers Conference (WWDC) today. Until now, the service was only available on Apple's iOS, macOS, and iPadOS platforms.

The company hasn't announced an exact release date for Facetime on Android and Windows but said it will be available on the web, meaning that people will be able to join Facetime calls via web browsers, as they do on Zoom. , Microsoft. Teams, WebEx, and collaboration tools. Another video now. Facetime will allow users to share a link to a call with others, so they can join from the browser.

Facetime has been an integral part of Apple's popular ecosystem strategy. Besides iMessage, it is one of the features that keeps iPhone users connected to the platform, and Apple has faced criticism for not introducing it on other platforms. The company's senior vice president, Eddy Cue, wanted to bring iMessage back to Android in 2013 but was turned down by other members of the company, according to deposition during the recent Apple vs. Epic Games case, about the Company`s app store fees. 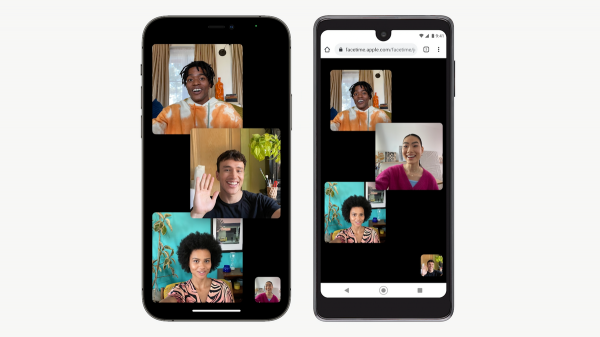 Opening Facetime on other platforms may be a sign that Apple is feeling pressure from regulators and developers, who have criticized the company for many of its policies. Of course, the change is still small, as Android or Windows users will not be able to initiate Facetime calls on their own and will need to be invited by an iPhone user by sharing a link.

The California-based tech giant has also announced a number of other features for Facetime, including new ways to share content, called SharePlay, a feature that allows users to view or listen to the same content during a Group Facetime call. Platforms such as Disney Plus, Hulu, HBO Max, and Twitch are working with Apple to add support for Share play.