Another blow to China! 24 companies plan to set up mobile factories in India

The companies plan to diversify their supply chains amid the ongoing coronavirus pandemic and the trade war between the United States and China. So far, India has lagged behind countries such as Vietnam, Cambodia, Myanmar, Bangladesh, and Thailand in attracting these companies to set up factories in the country. However, the Indian government expects the PLI to generate $ 153 billion in manufactured goods and create almost 1 million direct and indirect jobs. 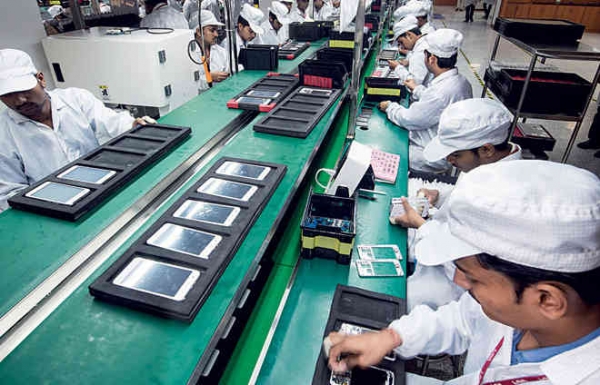 In March this year, the government announced a Production Related Incentive (PLI) scheme to manufacture electronic products on a large scale to boost domestic manufacturing and attract significant investment in the manufacture of cell phones and specific electronic components. The plan extended the stimulus of 4 to 6 percent on additional sales (more than the base year) of goods manufactured in India and covered within the target sectors, to eligible companies, for a period of five years after the year specified base. These incentives were later extended to other sectors as well, including pharmaceuticals, automobiles, textiles, and food manufacturing under the program.

According to recent reports, Apple plans to expand manufacturing in India. Its provider Foxconn also plans to invest up to $ 1 billion in India. Foxconn's planned investment will take place at the plant near Chennai for three years. "There is strong demand from Apple for its customers to move some of the iPhone production out of China," Reuters reported, citing unknown sources.

Also Read: When COVID vaccines will be ready? Govt reviews progress of trials