Yes Bank News - The Yes Bank is an Indian public bank with its headquarters located in Mumbai, Maharashtra. The Bank was founded by Mr. Rana Kapoor and Mr. Ashok Kapur in the year 2004.

The bank is offering an array of banking and financial products for both, corporate and retail customers. On 5th March 2020, the Reserve Bank of India (RBI) took full control over the bank because the bank had a huge amount of bad loans. This was done to prevent its collapse. The RBI made an announcement that the board of Yes Bank will be suspended and a moratorium will be imposed on their operations that will last for 30 days.  This will be done to help the bank's customers and depositors as well. - Yes Bank News 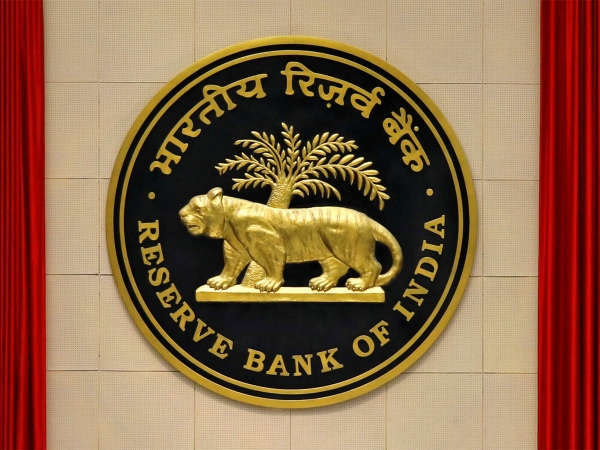 The RBI has referred to the failures of the Yes Bank to raise new funding. This will help to cover the non-performing assets, inaccurate statements of confidence in its ability to receive new funding, and the underreporting of its NPAs as well as many other factors for the yes bank new.

The bank's customers are now limited to withdrawing no more than â‚¹50,000 (US$700) from their Yes bank accounts, except in some exceptional cases including medical cover, emergencies, higher education, and other "obligatory expenses" Like weddings, etc.

Shaktikanta Das, the RBI governor made a statement that this matter will be swiftly resolved. On the other hand, the Finance Minister of India, Nirmala Sitharaman had proposed for a different plan, in which the State Bank of India will own a 49 percent stake in Yes Bank and introduce a new board of the Bank.

On 6th March 2020, According to Yes Bank News ICRA had downgraded Yes Bank's ratings of â‚¹526 billion (US$7.4 billion) in core bonds and gave a "D" rating. Also, Moody's downgraded Yes Bank to "Caa3". On 8th March, The founder of Yes Bank, Mr. Rana Kapoor got arrested by the Enforcement Directorate due to money laundering.

The major disruptions that have occurred in e-commerce in India have been because of the moratorium.

On 13th March, the Union Cabinet headed by PM Modi had given its approval for the reconstruction for Yes Bank. Also, the moratorium will be lifted in three days of the notification of the Reconstruction Plan for Yes Bank New. As per Yes Bank News, Total Seven investors put Rs. 12000 crore in Yes bank and Mr. Prashant Kumar is the new CEO of Yes Bank new.  These investors are the State Bank of India, ICICI Bank, HDFC Bank, Axis Bank, Kotak Mahindra Bank, Rakesh Jhunjhunwala, RadhakishanDamani, and Azim Premji trust.

A new board, consisting of two directors from the State Bank of India is going to be set up in the period of seven days. The finance minister of India, Nirmala Sitharaman has said in a statement that the SBI will be investing over 49 percent equity in Yes Bank New because of the ‘Yes Bank Ltd Reconstruction Scheme 2020’. On Thursday, the board of SBI made the approval of the proposal of investing â‚¹7,250 crores in Yes Bank new by buying 7,250 million shares at â‚¹10 apiece.

In the proposal, the HDFC Bank and ICICI Bank are going to infuse â‚¹1,000 crores each, the Axis Bank will infuse â‚¹600 crores and the Kotak Mahindra Bank (KMB) Ltd will infuse â‚¹500 crores into Yes Bank according to Yes Bank News. The amount of investment that the Life Insurance Corp. of India (LIC) will be making has not yet received the approval of the board.

This investment has been given approval by the boards of HDFC Bank, ICICI Bank, KMB and Axis Bank. As per the finance minister, the other investors are subject to a three-year lock-in period for 75 percent of their investment and for SBI, the investment lock-in remains unchanged at 26 percent. The tenure for this lock-in for both SBI and other investors will be three years only.

The authorized capital of Yes Bank new has been raised from â‚¹1,100 crores to â‚¹6,200. This has been done so that the immediate, as well as the subsequent capital requirement of the lenders, are properly accommodated. This is a little higher than the proposed â‚¹5,000 crores from the first draft reconstruction scheme by RBI. The voting rights of all the Yes Bank New investors except the SBI will be capped at 9.9 per cent each.

Yes Bank News - Yes Bank owed a whopping â‚¹8,800 crores to the additional tier, 1 bondholder, they will need to take an 80 percent haircut because they are now about to get a 10.73 percent stake or in other words, 1,700 million shares in Yes bank new. This will also be locked in for three years from the date of allotment of these shares.

As per the scheme, Mr. Prashant Kumar will be the Yes Bank managing director and chief executive officer for a term of three years. RBI will appoint the chairman and two directors. Mr. Mahesh Krishnamurthy and Mr. Atul Bheda are going to be the independent directors of Yes Bank, as per the RBI's plan.

While the infusion of money into the yes bank by the biggest financial institutions of India does give confidence but the real challenge before the Bank is to make sure that the depositors do not abandon it.

Mr. Karthik Srinivasan, the group head of financial sector ratings, Icra Ratings said in a statement, “ Yes Bank 's ability to retain their deposits is likely how it may revive. Hence, the next week will be important to figure out if Yes Bank could stabilize its deposits. This will be the deciding factor for the bank to be able to focus on the near-term plans for its revival. In the last six months, the Yes Bank had had a loss of â‚¹72,000 crores worth of deposits.

The confidence of the Yes Bank depositors will be the determining factor for the bank to be able to resume its lending activities in the coming future, as per the statement of the industry experts and Yes Bank News.

Even though Yes Bank can finally relax as it has large financial institutions who are its shareholders, but at the same time history has indicated that it will not always be enough to only avoid the crisis. For instance, in the case of the IL&FS, even though they had large shareholders including Life Insurance Corporation of India, Orix Corp., Housing Development Finance Corp. (HDFC) and SBI, but even this couldn't help to prevent the loss of Infrastructure Leasing and Financial Services.

Another challenge that the Yes bank may likely face is how their new management is able to realign their portfolio to avoid any new loan slippages. The loan book of the yes bank  has become small to â‚¹1.87 trillion (31st December) from â‚¹2.24 trillion (30th September) - Yes Bank News

Read More: All you need to know about the PM Kisan Scheme