One of the most popular social networking apps has released a major new feature in an effort to help users manage their time online.

Instagram on Friday launched "Quiet Mode," an in-app setting that hides notifications for a user-selected amount of time.

The new notification development is designed to allow people to "set healthy boundaries" with their friends online, by muting messages, likes, followers, and other notifications.

Users can set the Quiet mode time themselves, and if someone sends them a message during that time, the sender will receive a notification that the other person is in Quiet mode and will not receive any notification. 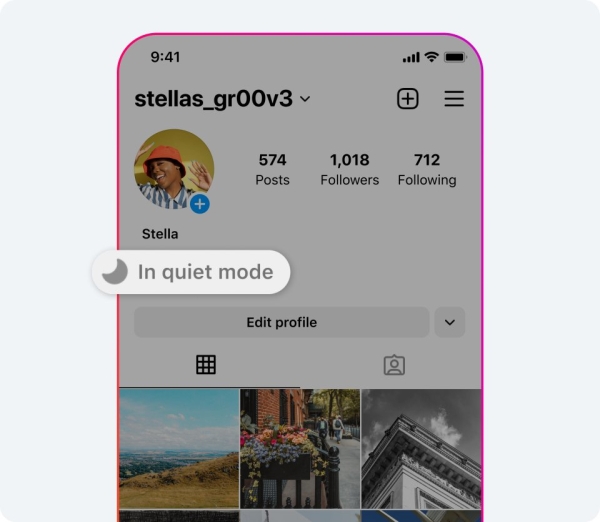 Instagram said teens told them they felt the need to be available all the time, so the app will now ask younger users to turn on Quiet mode after spending a certain amount of time in the app at night.

Along with the new mute setting, Instagram allows users to customize their experiences on the app with a new setting that allows them to hide recommended posts that include certain words, emojis, or hashtags in the caption.

Previously, the tool was used to exclude comments and posts that contained words the user deemed inappropriate, but now it will be extended to posts that appear in their feed as well.

Users now also have the option to select the "Not Interested" option on suggested posts, and the app will avoid displaying similar content.

Additionally, they will now be alerted when their child modifies a setting or blocks a user.

Also Read: Apple gets a boost in India as Chinese suppliers given clearance