The current administration will run for two years as part of the deal. Chauhan, 82, has been in indifferent health of late and says he has no successor to take Bisleri to the next level of expansion. Chauhan said that Jayanti's daughter is not keen on working. Bisleri is the largest bottled water company in India.

Chauhan said the Tata Group “better deal with this”, although the sale of Bisleri remains a “painful” decision. “Despite the aggression displayed by other interested bidders, I have made my decision because I admire Tata's culture of values and integrity.”

Bisleri is said to have had several suitors at various times, including Reliance Retail, Nestlé and Danone. Talks with Tata lasted two years and he made his decision after meeting Tata Sons Chairman N Chandrasekaran and Tata Consumer CEO Sunil D'Souza a few months ago. 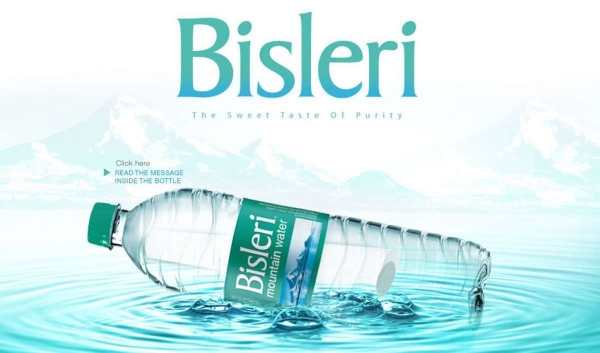 Chauhan sees no point in owning minority stakes after selling the company. "What am I going to do with him when he's not running the show?" He said. After getting out of the bottled water business, Chauhan intends to refocus and invest in environmental and philanthropic causes, such as collecting water, recycling plastic and helping the poor get medical treatment.

Coca-Cola bought the entire range of soft drinks from Chauhan and his brother Prakash in 1993. Apart from those mentioned above, it included brands like Citra, RimZim and Maaza. Tata Consumer is bold in fast moving consumer goods (FMCG) and aims to be in the top three in this segment. It also sells bottled mineral water under the Himalayan brand, as well as Tata Copper Plus and Tata Gluco+ water. The Bisleri acquisition would make it number 1 in this category.

According to Chauhan, the deal involved more than just money. "Even I don't know what to do with it (the money), but let me be clear. It wasn't just the value I was getting; I was more eager to find a home to take care of it than I was. This is a business I built with passion and It is now run by an equally passionate staff."

Bisleri was originally an Italian brand that established itself in India in Mumbai in 1965. It was acquired by Chauhan's in 1969. The company has 122 operating factories (13 of which are owned), a network of 4,500 dealers and 5,000 trucks in India and countries neighbors.

Also Read: Centre approves Rs. 10,000 cr for construction of 8 lakh houses in UP