The four Indo-Pacific leaders of the "Quad" group pledged on Tuesday to start talks together for a free and open region and also to fight climate change.

“Despite the unfavourable situation of COVID19, we have strengthened our coordination for vaccine delivery, climate protection, supply chain resilience, disaster relief, economic cooperation and other areas. It has ensured peace, prosperity and stability in the Indo-Pacific,” Prime Minister Narendra Modi told the Quad Leaders’ Summit. 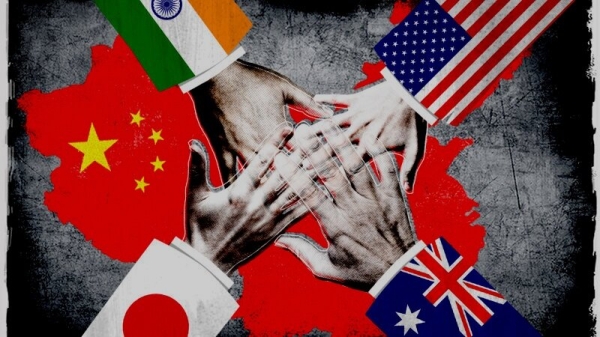 “The quad has gained prominence in front of the world in such a short time. Today, the perimeter of the Quad has been enlarged, its shape efficient. Our mutual trust and determination bring new energy and enthusiasm to the democratic powers,” Prime Minister Modi said.

Prime Minister Modi said: "At the Quad level, a free, open and inclusive Indo-Pacific region will be promoted through our mutual cooperation; this is the common goal of all of us. And today, Quad's field of action is broad and its identity has taken on meaning".

US President Joe Biden said: “Putin is just trying to eliminate a culture. It is more than a European problem; it is a global problem. The global food crisis could worsen if Russia prevents Ukraine from exporting its grain. As long as Russia continues the war, the United States will work with its partners."

“We will act recognizing that climate change is the greatest security and economic challenge facing Pacific Island states. My government will set a new emissions reduction target of 43% by 2030 to put us on a path to net-zero emissions by 2050,” Australian Prime Minister Albanese said.

“We will devote more resources and energy to protect our region as we enter a new and more complex phase of the Pacific strategic environment. We will continue to support you, our like-minded friends and one another,” Australian Prime Minister Albanese continued.

"We must listen carefully to the voices of ASEAN, South Asian countries, as well as Pacific Island countries to advance cooperation and promote the solution of pressing problems facing the vision (for the Indo-Pacific region) said the Japanese prime minister. he told him at the Quad Leaders’ Summit in Tokyo.

"The Russian invasion of Ukraine calls into question the principles enshrined in the Charter of the United Nations," Japanese Prime Minister Fumio said.

The four countries also discussed further cooperation in COVID response and post-COVID health and economic infrastructure management. This will be the second in-person Quad Leaders’ Summit.


Also Read: Rupa & Co. has dropped the most after its IPO due to poor results and the departure of management