MUMBAI: Ahead of a Supreme Court hearing, which had given Amazon Inc, Reliance Industries Ltd and Future Retail Ltd 15 days to negotiate a settlement, the US major on Tuesday raised objections to Future Group's purported move to transfer and alienate its assets to the Mukesh Dhirubhai Ambani Group (MDA).

Amazon said, in a public notice, that the transfer of the retail assets of Future Retail Ltd (FRL) is done in confidence through the practice of fraud in courts, jurisdictions and statutory authorities.

"It has now emerged that FRL and its promoters are attempting to remove the pillar of the dispute by transferring and disposing of FRL's retail assets which include retail stores in favor of the MDA Group," Amazon said in a public notice.

The Amazon notice added: “It should be noted that Future Group and its promoters have made false claims in the Supreme Court that retail assets will continue to be sold at retail in the future until the scheme is approved in accordance with Reliance Group is approved by the National Company Law Tribunal. Such false statements were made knowingly".

This comes in the middle of a protracted litigation that Future and Amazon are facing in the High Court over a proposed transaction worth Rs 24,713 crore between Future and Reliance Group. 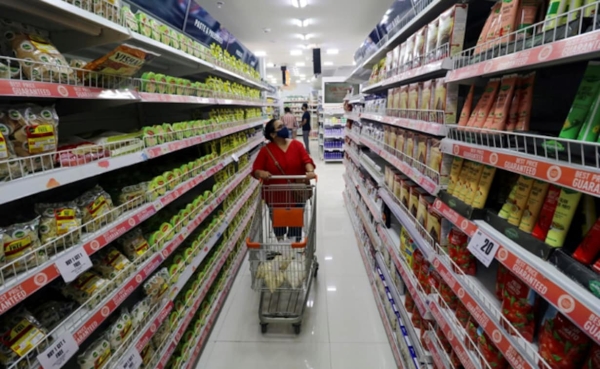 Issuing the notice may further complicate and prolong the legal battle between the two.

Amazon and Future did not offer any comment on the matter. However, those familiar with the matter said that "the negotiation before the Supreme Court has nothing to do with the notice issued. This is only a reference to the actions taken by Future as reported by the media."

“Amazon hereby advises all persons involved that any attempt by Future Group Promoters to transfer, dispose of, or seize any of its retail assets would breach the arbitral tribunal, which operates by order of the Indian court, and any party assisting in such fraud and illicit acts will be responsible for the civil and criminal consequences in accordance with the Law. This notice is issued with all rights reserved in accordance with the law.”

Reliance has acquired nearly 500 stores operated by the parent company of the Big Bazaar hypermarket chain, Future Group, which is facing a severe financial crisis.

The Reliance acquisition began on the night of February 25. Future, which has more than 1,700 outlets, including popular Big Bazaar stores, has been unable to pay rent for some of its outlets. As a result, Reliance transferred the leases of some of the stores to its name and sub-leased them to Future to operate the stores.

Reliance began acquiring the facilities where Future Retail operated its stores, such as the Big Bazaar, and replaced them with its own branded stores. It has also begun offering jobs to prospective retail store employees and putting them on Reliance Retail's payroll.

An ongoing legal dispute between Amazon and Future Group revolves around the sale of Future’s retail assets to Mukesh Ambani-led Reliance Industries Ltd. The proposed asset sale transaction in the amount of Rs.24,713 crore was made between Future and Reliance in August 2020.