The Pradhan Mantri Ujjwala Yojana-PMUY will start 'Ujjwala 2.0' on Tuesday, 10 August. It will provide LPG links in the Uttar Pradesh area of Mahoba. The launch will be via video conference by PM Modi.

An official statement has been released stating that PM Modi will also interact with Ujjwala beneficiaries. It added that the prime minister will also address the nation. Pradhan Mantri Ujjwala Yojana's Ujjwala 2.0 will provide a deposit-free LPG connection to beneficiaries. The first free refill and hotplate will also be provided free of charge. The process of registration is so designed that it requires minimal paperwork. 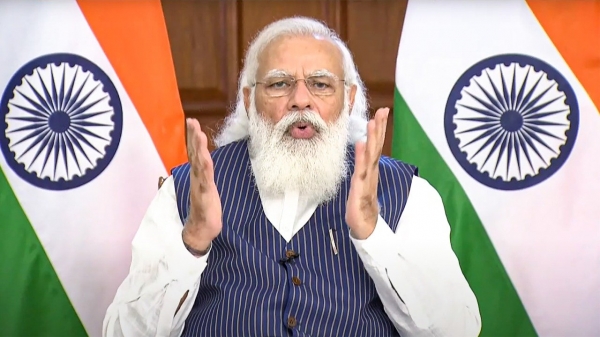 Ujjwala 2.0 is planned in such a way that migrants are not required to provide ration cards or proof of address. Instead of these identifiers, self-declaration will also work for both ‘family declaration’ and proof of address. Ujjwala 2.0 aims to contribute to Prime Minister Narendra Modi's vision of universal access to LPG. This was stated by the Prime Minister's Office. The PMO announced: "In the Union budget for financial year 2021-2022, provision for an additional one crore LPG connection under the PMUY scheme was announced. Additional PMUY connections of Rs 1 crore (under Ujjwala 2.0) are intended to provide deposit free LPG connections to low-income households that could not be covered under the previous PMU phase.

Ujjwala 1.0 was released in 2016 by PM Narendra Modi. Hereby, a target has been set to provide Liquefied Petroleum Gas (LPG) deliveries to five core women members. These members were from families below the poverty line (BPL).In April 2018, the scheme was expanded. The expansion included beneficiaries from 7 other categories. These classes were SC / ST, PMAY, AAY, the most backward classes, tea garden, forest, and island dwellers. The target has also been changed to an LPG delivery of 8 crores.

Also Read: Gold vs Bitcoin: Which one is a better option for investment?