Alphabet's Google is forging a cloud partnership with Reliance Jio helping the country's largest wireless carrier with technology solutions for its enterprise and consumers offerings as it plans to launch 5G services.

The tie-up lends Jio the expertise of the global tech giant as it expands digital services for small and medium businesses, as well as hundreds of millions of individual customers. And Google brings unmatched scale to Reliance, whose modern businesses ranging from telecoms to e-commerce.

"It's a broad partnership, involving various pieces of Alphabet working together," Thomas Kurian, CEO of Google Cloud, told in an interview ahead of Reliance's annual shareholder's meeting on Thursday.

"Our special partnership spans to multiple parts of Jio, not just telecom business but also healthcare, retail, and other things. It allows us to offer our technology to many consumers in India on a large scale as well. like many of the companies that Trust serves. " 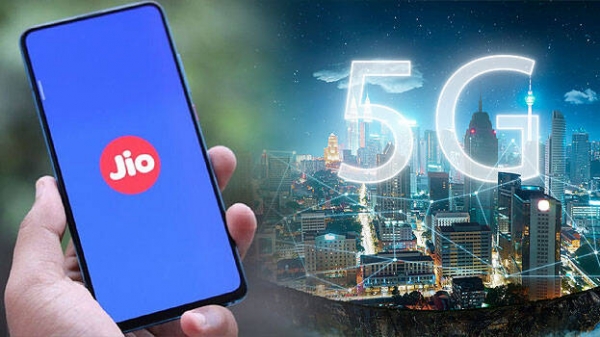 Kurian said that while Google is working with other operators on 5G around the world, the size of the Jio-Google cloud partnership is among the largest for the California-based company globally.

Jio established a 10-year partnership with Microsoft in 2019, with the goal of building data plans across India that will be hosted on the Azure cloud in a bid to serve the country's booming start-up economy.

Jio disrupted the Indian telecom market in 2016 when it launched with cut-price data plans and free voice services. It forced several competitors out of the market and is now India's largest mobile operator with more than 422 million customers.

Last year, Google invested $ 4.5 billion (roughly Rs. 33,370 crores) in Jio's parent company, Jio Platforms, a move that made the American tech giant a rare spot on the board alongside rival Facebook. which also contributed 5.7 billion dollars (roughly Rs. 42,270 crores) into the digital unit.

Ambani had previously said that Jio, which also counts Qualcomm and Intel among its backers, would "pioneer the 5G revolution" in India in 2021.