Ikea launched a mobile shopping app in India, in line with its plan to take a multi-channel approach to expand its presence in this market.

The app's launch comes after covid-induced lockdowns delayed the Swedish retailer's plans to build supermarkets in India, the market where it opened its first store in 2018 in Hyderabad.

The company said that customers in Mumbai, Pune, Hyderabad, Ahmedabad, Surat, and Baroda can order a variety of home furnishings and products using the app available on iOS and Android. The application will feature 7,000 products.

"It is important to note that the Indian consumer is moving very strongly towards the application." Kavitha Rao, Ikea India Country Commercial Manager, said: "We can see this in terms of the prevalence of smartphones in the market, the use of mobile internet, as well as the use of mobile applications in the country."

She said " this is creating a certain level of urgency" regarding the launch of the app here. "We also expect to see a much higher conversion, but we also believe that we will attract a new segment of customers who, perhaps, have not been comfortable using a mobile website in the past."

The company said that the user's feed will be personalized with images and products based on interests and purchases. 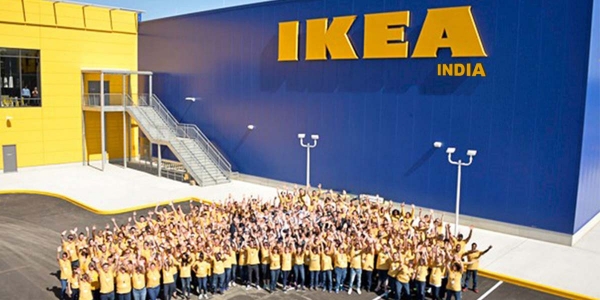 The app also allows customers to add products to their shopping list even when they are browsing the products in the store.

The company said in a statement that customers can also find a built-in barcode scanner that helps them learn more about the products, including materials and dimensions.

The second physical store opened in Navi Mumbai, Maharashtra, in 2020. The company has seen an increase in conversions in the context of high usage of its online shopping platform over the past two years.

The past year has been particularly difficult for retailers around the world, as they have been dealing with temporary store closures due to the pandemic and with consumers avoiding physical stores to shop online.

Accenture, a consultancy, said in a recent report that India has also seen an "increase in e-commerce adoption."

"Online sales (on the mobile site) have performed well and are well above our expectations. India was ranked as one of the countries where digital adoption is the highest, and we also provide a lot of services to help our customers during this period of time, ”Rao said.

Ikea India plans to reach 100 million Indian consumers in the next few years through various channels.

Through the app, the retailer plans to target the two cities with physical stores: Mumbai and Hyderabad. "We would like to target 10 million people in Hyderabad and 22 million people in Mumbai. We will examine the entire population and households that can be treated in both cities," she added. 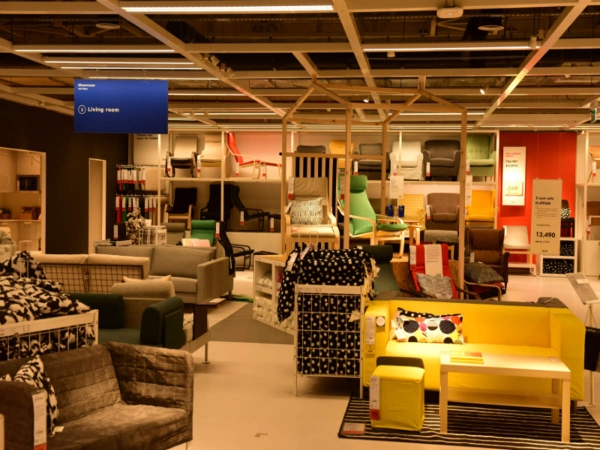 Rao said online sales could open up to buyers in Bengaluru soon, as the retailer has a store under construction. "This is the next market we will open. We are also exploring the possibilities available to open e-commerce in more markets," she added, without revealing any further details.

IKEA also plans to open its first shopping center in India in Noida after it bought land in the state earlier this year.

Ikea takes a multi-channel approach globally, as it seeks to reach more shoppers in densely populated neighborhoods outside of its suburban supermarket stores.

The launch of the application is part of that strategy to reach consumers through a variety of Ikea supermarkets, small stores in the city center and online platforms.

After launching the Navi Mumbai store with an investment of Rs 1500 crore, the retailer also plans to open two smaller stores in Mumbai within a year, the company said in December.

IKEA India Pvt. reported a 63% increase in revenue for the year ended March 31, 2020, to Rs. 665.6 crore, we previously reported, citing data from Tofler. The company's loss increased to Rs 720.7 crore during the year.