IKEA to increase sourcing of toys from India - Business2Business

A senior official at Swedish furniture company IKEA, which has a portfolio of more than 1,000 products as part of its children's range, said it is looking to expand Indian toy sources for its New Delhi operations.

In addition, IKEA India also aims to generate around 12 percent of the sales of its range of kids products in the coming years.

Kavitha Rao, commercial director of IKEA India, said the company, which currently sources only soft toys made from cotton from India, is also exploring expanding into other categories, such as wooden toys.

IKEA, which participated in the India toy Fair, said it is exploring multi-player partnership opportunities in the toy segment, which is an important focus for the company.

When asked if IKEA will increase the purchase of toys from India, Rao told: "Of course it will. This is one of the main reasons why we are part of the Toys fair."

"Since we can be a big buyer and of course it depends on meeting standards and design ideas ... But we think there is a great opportunity for us to meet some potential suppliers as part of the player as well," she added. 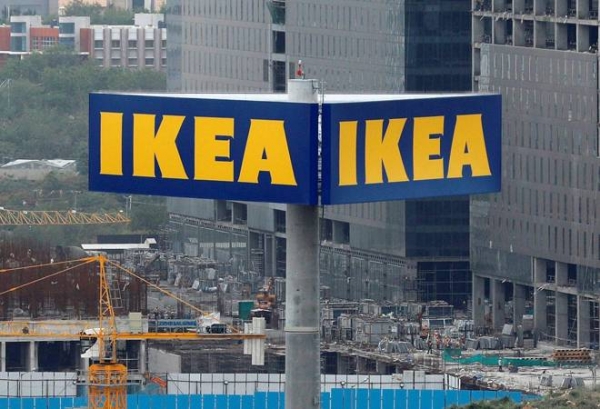 In India, 80 percent of families live with children.

"IKEA has a fairly wide range of over 1,000 products as part of its children`s product range, contributing between 6 and 8 percent now, and our goal is to reach 10-12 percent in the near future," Rao said.

In addition to toys, the collection includes specially designed beds and mattresses, convenient storage solutions, and seats designed for children, among others.

IKEA said that the India Toy fair will help you connect with new partners and understand the ecosystem here.

"This is also the reason for our participation in the toys fair, which is organized by the Government of India because it also gives us the opportunity to understand what an ecosystem is," she added.

In addition to cotton, IKEA feels the opportunity to source wooden toys for its stores.

"If you look at our collection, we have a lot of wood-based toys. So if we had a chance to get some of that from India, we would definitely like to explore it," Rao said.

However, she also added that IKEA has certified forestry wood as it is always sourced from sustainable sources.

Recently, the government created eight toy clusters with significant investment in this area.

"We think it's a great approach because it will also give us the opportunity to see the possibilities of getting the toys locally, also from India," she said, adding that "this is a great initiative and a great approach for us. "

IKEA is working on new categories such as furniture, mattresses, and sofas, along with building the textile category that India is traditionally strong.

Under the foreign direct investment policy for single-brand retailers, a local sourcing requirement of 30 percent of the value of products is imposed. This can be achieved on average for the first five years and annually thereafter at your operations in India.

However, in August 2019, the government amended the provision by adding that all purchases made in India by a retailer with a single brand for that brand will be counted within local sources, regardless of whether the products purchased are sold in India or are exported.

IKEA has sourced from India for its global operations for almost 35 years. It works with around 60 suppliers. IKEA India opened its second retail store in Mumbai last December and is operating its next store in Bengaluru.

IKEA India, part of the Ingka Group, opened its first retail store in Hyderabad in August 2018, followed by online stores in Mumbai, Hyderabad, and Pune.

On Saturday, during the opening of the first India Toy Fair 2021, Prime Minister Narendra Modi called on toy manufacturers to use fewer plastics and environmentally friendly materials, as well as focus on innovation.

He regretted that India's share of the US $ 100 billion global toy market is much smaller and that about 85 percent of the toys sold in the country are imported.

Also Read: How to save tax without investments