Taking into account the worsening Covid situation, the Delhi government has imposed a lockdown for six days starting tonight at 10 pm and will end at 5 am on Monday.

The chief minister made the announcement in a press conference after meeting L-G Anil Baijal.

Delhi recorded the biggest jump in its daily Covid-19 count on Sunday with 25,462 new cases as the positivity rate shot up to 29.74 percent; Nearly one in three samples tested in the city turns out to be positive for the coronavirus disease. Amid the spiral of cases, Chief Minister Arvind Kejriwal said on Sunday that Delhi is facing an "acute shortage" of oxygen and beds for Covid-19 patients and alleged that the city's quota has been diverted to other states. The prime minister's comments came hours after he wrote to Prime Minister Narendra Modi asking for help with hospital beds and immediate oxygen supplies. 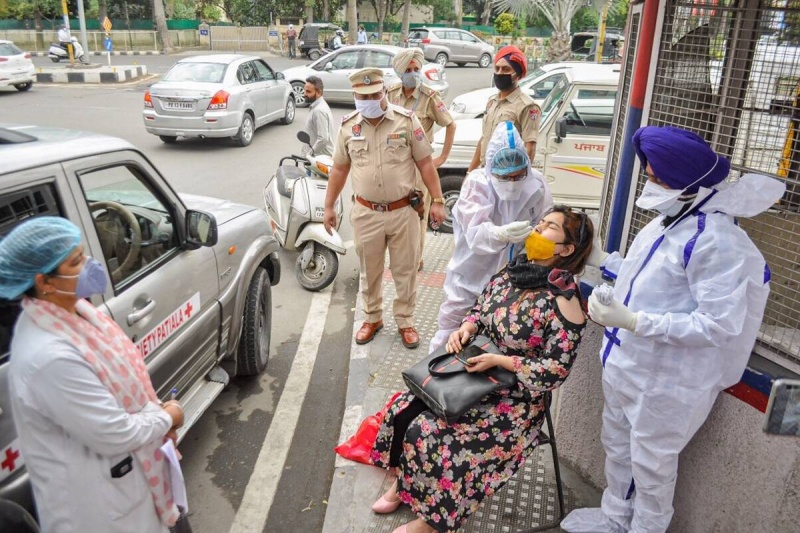 "Del is facing a severe oxygen shortage. In view of the marked increase in cases, Del needs much more than the normal supply. Instead of increasing the supply, our normal supply has been drastically reduced and Delhi's quota has been reduced. diverted to other states. OXYGEN HAS BECOME AN EMERGENCY IN DEL, "he later tweeted.

The Center, however, dismissed Kejriwal's claims as "outright lies" and one official said there was no panic in Delhi regarding oxygen.

Meanwhile, Prime Minister Narendra Modi will chair a meeting on the pandemic situation at 11:30 a.m. Monday, as the country reported a massive increase in coronavirus disease cases across the country, and several senior ministers complained about shortages of essentials such as oxygen supplies and medicines as Remdesivir and seeking the intervention of the Center.