There are really only two numbers to look for in the next budget: how much the government claims to have spent in 2020-2021 and how much it intends to spend in 2021-22.

These two numbers will determine if there is any real hope for a sustainable macroeconomic recovery in the near future, regardless of any claims of green shoots or rebirth that the finance minister may point to.

As it stands, the Indian government's response to COVID-19 has been, purely economically, one of the worst in the world. The national lockdown was not only imposed without warning or advice, at a time when it was not necessary, but then went "unlock" as cases increase and the infection spreads faster, putting more people at risk. 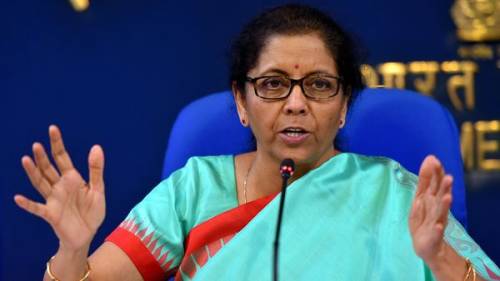 Hundreds of millions of people were deprived of their livelihoods in one fell swoop and then offered almost nothing in terms of compensation or social protection. This is alarming and unjustified in a country where about 95% of all workers are informal, about half of them are self-employed, and where loss of income for more than a week can lead to outright famine for millions of people who were already working  Contour margin.

The government even stored - and increased the size - of surplus grain food at the Food Foundation of India at a time when starvation among the people has increased dramatically. Some free food grains (only 5kg per month) have been discontinued for those with ration cards after November 2020, even as food stocks are still more than double the buffer stock requirements and even cost FCI funds for storage. For the more than 100 million people who estimate that they are outside the rationing system, nothing has been done without error on their part. Depriving hundreds of millions of people of basic foods is more than a simple human tragedy: it will be reflected in nutritional deficiencies of the mother, infant and child, with dire consequences for the future.

From a macroeconomic perspective, the effects of lower public spending have been dire. From April to November 2020, total central government spending actually decreased in real terms (that is, once inflation is taken into account) - it increased by only 4.7% compared to the same period last year , while inflation increased during the period by more than 6%. This amounts to a negative financial situation during the recession, which is inexplicable and so wrong that it is almost impossible to believe.

The central government has not only refused to spend more on itself; He also refused to allow state governments to spend more. After invoking the central national disaster management law to declare a national closure without consulting or informing the states, the centre proceeded to avoid any financial or other obligation to deal with the pandemic or the consequences of its actions. Instead, state governments are left to deal with the additional healthcare spending and other measures necessary to deal with the growing economic malaise to the best of their ability. As part of the second "stimulus" package in July, states were allowed to borrow more, knowing that they will have to pay later and that borrowing costs will be much higher than those of the central government.

The centre even refused to pay GST compensation fees owed to the states, instead imposing a complex system of mutual loans to cover a portion of its own accounts receivable, whereby the centre borrows from the RBI. and lends money to the states, which will benefit. eventually return, albeit without Benefits! Even this absurd and unfair arrangement covers less than half of GST's compensation for the year.

All this extraordinary reduction in public spending during the epidemic and economic recession, all this is a denial of its financial obligations to state governments: for what purpose? It comes directly from the ridiculous fear of the central government to increase the fiscal deficit.

This is absurd, because such financial pressure will only increase tendencies towards economic recession, as well as prolong and intensify people's suffering. This contraction in economic activity will also reduce tax revenues. Therefore, it is not surprising that the fiscal deficit continues to increase beyond expectations.

And this despite the government's other surprising move: It continues to use higher fuel taxes to supplement its income during the recession. Gasoline and diesel prices in India are now at record highs, leading to the disappointing trend of stagflation: rising inflation even as the real economy contracts or stagnates, and a collapse in wage income. .

After these crimes, what forgiveness? The only salvation will come from the reversal of these crazy, unfair and unproductive policies. That is, from the significant increase in public spending, especially in areas with high multiplier effects, such as health, nutrition and social services such as education, and economic sectors such as agriculture, expanding the guarantee of employment in rural areas as well as its implementation. in urban areas; Also, more spending in areas that will help overcome any supply bottlenecks that have arisen due to the collapse of supply chains as a result of very poorly planned and executed lockdowns.

Some of this increase in spending can be financed immediately through solidarity taxes applied to the very rich tax systems that have been reformed to prevent multinational corporations from diverting their profits out of the country and thus avoiding paying their fair share. Tax rates in India, even tax rates today.

But these are secondary concerns for now. The most important concern is the increase in public spending, so I repeat: there are only two numbers to take into account when presenting the federation's budget this year.