WhatsApp's new privacy policy update, which states that the messaging application will share user data with the parent company, Facebook has not done well with users, many of them are considering switching to other applications.

The instant messaging giant said last week that those who do not agree to the updated terms by February 8 will not be able to access their conversations. WhatsApp's new move has angered tech experts and cybersecurity advocates. The company released a new clarification on Tuesday about its changing policies, but the debate has yet to stop. If you're already thinking about switching to other apps, here are some options: 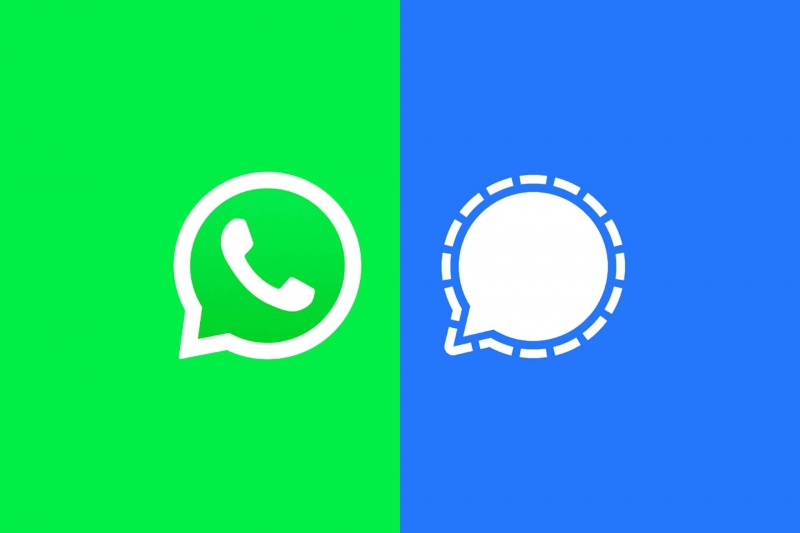 The cloud-based, cross-platform instant messaging service is the closest to WhatsApp. It had already gained 25 million users in the last 72 hours, bringing the total number of active users to 500 million. This app contains many cool features like "Secret Chat Mode", where messages sent in secret chat can only be accessed through the device from which the text was sent or received.

Signal, named by Tesla's Elon Musk, is an encrypted cross-platform messaging service. The USP of the app should be a "sealed sender" feature that hides sender and recipient details. Signal also has a feature where people's faces can be blurred in photos to protect their identities.

It is a unique messaging application created by Wire Swiss and is protected by European data retention laws. It also has a feature called Guest Rooms for Outside Calls, where users can chat with third parties without having to register them in the app. The messaging service is available for mobile devices, desktop computers and web.

This application also ensures that your messages, videos, photos, video calls and voice calls are protected. Although Viber is a free application, you may see some advertisements on the messaging platform.

Threema is another mobile chat application with an interface similar to WhatsApp. You can send photos, text messages and GPS location in chat. The program is based on privacy principles by design, as it does not require a phone number or any other personally identifiable information. This helps to anonymize users to some extent.

Also Read: With 38% Returns In 1-year, Should You Invest In SBI Small Cap Fund?