India is currently the largest supplier of generic drugs, has a 20% market share in global supply by volume, and meets nearly 60% of vaccine requirements worldwide. Pharmaceutical Companies In India also supply 80% of antiretroviral drugs (used to fight AIDS) in international markets.

The ongoing pandemic has led to an increase in the number of healthcare facilities as new and old pharmaceutical companies in India serve the enormous needs of society. 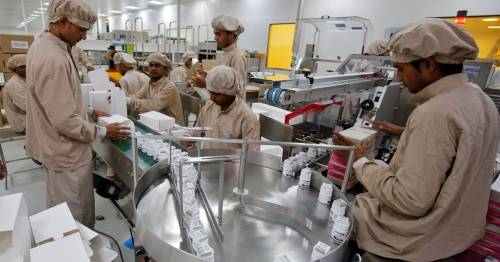 India's pharmaceutical spending is expected to expand at a compound annual growth rate of 8-11% during the period 2019-23 to reach US $ 28-32 billion.

Top 10 Pharmaceutical Companies in India in 2020 are:

The company offers more than 2000 formulations and also exports to several other countries. India Management Association (AIMA) Entrepreneur of the Year Award in 2017, awarded to Sun Pharma

The company has seven active factories across India. The company took its first step and expanded its operations to Russia in 1992.

To combat this COVID-19 pandemic, Dr. Reddy Laboratories agreed to conduct the final phase clinical trials of the Russian Sputnik V COVID-19 vaccine in India. They are intended to produce up to 100 million doses after successfully completing clinical trials and regulatory approvals. 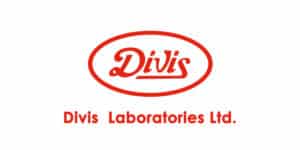 Divi Laboratories has two manufacturing systems and is among the leading pharmaceutical companies in the country.

Due to its market value, it has made it to the list of the best pharmaceutical companies in India. They have three manufacturing units and 3 R&D units.

Divi's Labs is among the youngest companies, leading to its inclusion in the list of leading pharmaceutical companies. The company exports products to countries such as the United States, Europe, Japan, South Africa, Australia and the Philippines.

Cipla is a leading global pharmaceutical company, committed to the highest quality generic drugs. The company is trusted by healthcare professionals and patients around the world.

The company offers a wide range of medicines. The company has secured a prominent position in the Indian market and in the world market. The company is distributed in 150 countries.

By adhering to the highest quality standards, the company has earned global recognition, as well as approvals from major global regulatory agencies.

The company has strengthened its global focus by consolidating and strengthening its presence in important markets in India, the United States and South Africa.

The company became a public company in 1992. In addition to semisynthetic penicillins, the company is present in the main therapeutic sectors such as cardiovascular, antiretrovirals, neuroscience, antibiotics, gastroenterology, antidiabetics, antiallergics, etc. .

The company exports its products to more than 150 countries around the world. Aurobindo pharma has production, research and development units.

The products offered by this company are efficient and economical, these products are of high quality and are in great demand in the market.

Torrent Pharma pioneered the beginning of specialty marketing in India. Today, it is among the pioneers in the therapeutic field of women's health, cardiovascular, central nervous and digestive systems.

Additionally, the company has a significant presence in the diabetes, oncology, gynecology, pain management and anti-infectives sectors.

They have first-class manufacturing centers, advanced research and development facilities, an extensive national network, and an international presence that is prevalent in more than 40 countries.

The company bought Indian Elder Pharma in 2013, Derm Pharmaceutical for Zyg Pharma in 2015, API Plant for Glochem Industries in 2016, Novartis' Women Healthcare Brands, Indian-brand Unichem together with Sikkim Factory in 2017.

The company has its own manufacturing system in various parts of the country. The company has subsidiaries all over the world. In 2005, the company acquired Heumann GmbH, a subsidiary of Pfizer.

Lupine is a global pharmaceutical company that offers a wide range of products, such as generic and brand formulations, biotech products, APIs, etc. The company's manufacturing centers are located in India, Japan, Brazil, Mexico and the United States.

In addition, the company occupies an international leadership position in the tuberculosis and cephalosporins sectors. The company is distributed in 100 countries. It provides high-quality yet inexpensive drugs for some of the most persistent ailments that meet unmet demands in many parts of the world.

Zydus Cadila is a pioneering pharmaceutical company, which is one of the oldest companies in the Indian formulations market and has become the leading manufacturer of pharmaceuticals in India.

The company's innovation program is led by 1,300 researchers at 19 locations working with premium drugs. The team explores many ideas and principles, from NCE to specific vaccines, biosimilars and specialized technologies.

In India, the company's research facilities are located in Gujarat, Maharashtra, Goa, Himachal Pradesh and Sikkim. They also have research units in the United States and Brazil.

The company's global business has a strong presence in the regulated markets of the United States and Europe, as well as the prominent markets of South Africa and Latin America. It is also widely present in 25 other emerging markets around the world.

Alkem Laboratories markets high quality brand name generic drugs, generic drugs and APIs, as well as nutrients in India and in more than 50 countries around the world.

The company has been ranked among the top 10 pharmaceutical companies in India by national sales for the past fifteen years, with a detailed portfolio of more than 750 brands covering the major pharmaceutical sectors, as well as a permanent sales and distribution network throughout India.

For over ten years, Alkem Laboratories has been ranked as the number one infection control company in India. They are among the leading pharmaceutical companies in the digestive system, vitamin / mineral / nutrient therapy, and pain management sectors.