New Delhi: Breaking his silence on farmers' protests against the recently passed farm laws, Prime Minister Narendra Modi said on Sunday that these legislation opened new doors of opportunity for farmers and gave them more rights.

"Recently passed agricultural laws have created new possibilities for farmers and opened new doors for farmers. Farmers 'demands that have lasted for several decades have already been met. Most political parties have accepted farmers' demands at some point. The laws were passed after a detailed debate in Parliament, "said the prime minister while addressing the nation on his monthly radio show, Man Ki Baat.

He said farmers should not pay heed to rumors or those spreading misconceptions, adding that the center's National Democratic Alliance government is committed to the welfare of the farmers of the country. 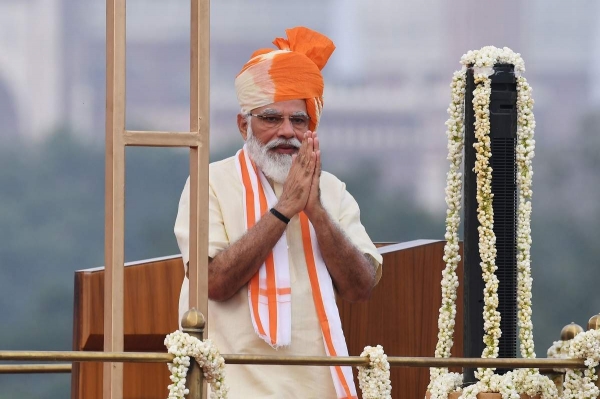 Thousands of farmers in Punjab, Haryana, and western Uttar Pradesh have continued to protest the laws since September, when they were passed, despite repeated guarantees from the Union government and calls to come to the negotiating table.

The BJP government, led by the National Democratic Rally (RND), suffered a setback when Harsimrat Kaur Badal, a former union minister and prominent leader of the Shirumani Akali Dal (SAD) party, resigned and the party withdrew from the coalition after protests against the party Laws.

The problem was exacerbated because all political parties in Punjab, including the ruling Congress Party, SAD, and the Aadmi Party (AAP), supported the demands of protesting farmers, leaving the BJP alone without supporters.

"People should know how Jitendra Bhoiji, a farmer from Dhuli, Maharashtra, used these new agricultural laws. He produced corn and decided to sell it to traders at the correct price. The total amount agreed was around â‚¹ 3.32 lakhs. He got â‚¹25,000 in advance. It was agreed that he would get Under the new law, payment is required in 3 days. If payment is not made, the farmer can file a complaint. File a complaint and receive his quotas in a few days. Whatever the field, correct knowledge is Extra power for all.

Even as trade union ministers like Rajnath Singh, Amit Shah, and Narendra Singh Tomar try to appease farmers, some opposition-run states have started working on laws to repeal those passed by Parliament.

Punjab, Chhattisgarh, and Rajasthan took the initiative and passed laws or created rules to repeal the central agricultural laws. Others, like West Bengal, are looking for options to counter the new laws.

On a separate note, Prime Minister Modi said, on his radio show, that work and research on a Covid-19 vaccine are continuing, but he called on people to be careful and protect themselves from the Coronavirus.

"After coming out of the lockdown phase, the debate on the vaccine began. But any kind of laxity with the Coronavirus is still very dangerous. We have to fight decisively against the virus," said the Prime Minister.