In the run-up to the Assembly polls in Bihar, Prime Minister Narendra Modi on Sunday inaugurated three oil sector projects, gave big thumbs up to Chief Minister Nitish Kumar, and reached out to voters describing the state as a " powerhouse of talent”.

Modi's praise of alliance partner Kumar comes weeks ahead of the elections, probably in October and November, when he set aside three oil projects worth Rs 900 crore to people. This included a gas pipeline extended from Durgapur in West Bengal to Banka in Bihar.

Banka was also the beneficiary of the LPG bottling plant, while another such unit is located in at Harsiddhi in East Champaran district. 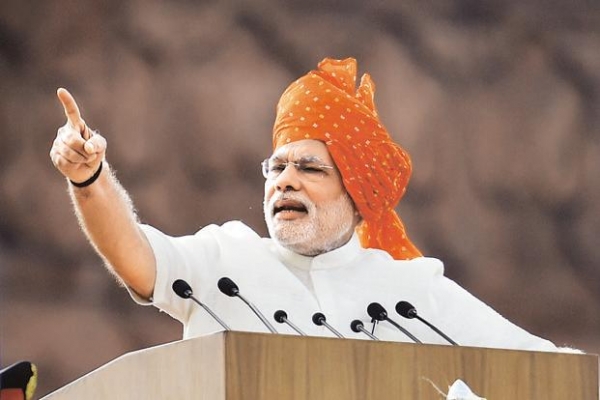 I had the opportunity to stop working on the expansion of the gas pipeline a year and a half ago. Glad to see its completion. The state and Bihar have emerged from an era where a project was announced and a generation had to wait for it to be completed. "Nitesh Ji has played an important role in bringing about this change in the country," Modi said.

In his trademark style, the Prime Minister began his speech with a few sentences in Angika, the dialect spoken in Banka and adjoining districts.

He marveled at the gas pipeline project, which was not a feat "because it involved working on a nearly 200 km stretch of challenging terrain dotted with many rivers, dense forests, and hills.

He said that I would like to use the two industrial terms based on the gas and oil link, which may seem very technical but actually impacts the lives of ordinary people, he said and handles the work roughly from the national capital.

Imagine what would have happened if people kept going out looking for firewood and other cooking fuel. The need is no longer there thanks to schemes like Ujjwala Yojana that have ensured that LPG reaches the families of the poorest of the poor, ”he said while speaking of the coronavirus outbreak.