New Delhi: The Supreme Court said on Wednesday that the center should implement "as soon as possible" interest waiver on loans of up to Rs 2 crore under the RBI moratorium scheme in view of the COVID-19 pandemic, saying that the common man's Diwali is in the hands of the government.

The apex court sought to know whether the allocation of interest on loans to borrowers worth Rs 2 crore during the moratorium period has “percolated” to the common man.

The court, which observed that it is concerned about how the interest waiver interest would be given to borrowers, said the Centre has taken a “welcome decision by taking note of the plight of the common man, but that authorities had issued no order about it.

A bench headed by Justice Ashok Bhushan said: "Something concrete must be done," adding: "The benefits of exemptions for borrowers up to Rs 2 crore  should be implemented as soon as possible."

The Supreme Court, which published the case for the November 2 hearing, told advocates at the center and the banks that "Diwali is in your hand."

The center recently told the Supreme Court to go beyond fiscal policy decisions that have already been made, such as waiving compound interest imposed on loans of up to Rs 2 crore for a period of six months during a freeze period, it can "damage" the general economic scenario, the national economy and banks may not take "inevitable financial constraints". 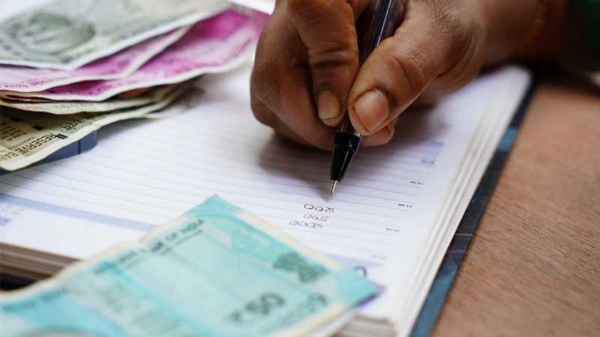 The top court is hearing a series of petitions which have raised issues related to the announced six-month loan suspension period due to the COVID-19 pandemic.

The court, which also includes Judges RS Reddy and MR Shah, said that when the authorities decide something, it should be implemented.

The government has made a welcome decision considering the plight of the common man. But he has not given any order to anyone. You have simply given us the affidavit,” the bench told Solicitor General Tushar Mehta.

"Now we are concerned about how the exemption will be granted," the council said, adding: "We are only asking whether the loan interest assignment has penetrated or not."

During the video conference hearing, Mehta told the court that the center had made an "informed decision" and was carrying a "great burden."

"When the central government says in an affidavit that it will be implemented, there should be no concerns," Mehta said. “There is a diversity of loans and different approaches are required.

He said banks would waive interest on interest and then be compensated by the government, and the calculation would have different methods.

"We tell them that it is a welcome decision but they want some concrete things," said the councilor, adding: "We welcome the decision of the center, the only thing that must be translated into action.

The authority said that the center will be able to take steps to implement its decisions referred to in the statements presented in court.

Senior advocate, Harish Salvi, who represents the Association of Banks, told the court that the banks would implement whatever decision the government makes.

Senior lawyer Rajiv Dutta, who appeared before one of the petitioners, said the banks were investing by charging interest on existing loans.

"We are young and we have small loans (less than 2 crore rupees). They should not double the interest on these issues," Dutta said.

In this regard, the city council said that it had already ordered that the banks could not advertise the PANs.

"We have already issued an order that prohibits the rating of NPA and without fiscal policy, the proposals cannot be changed," he said when asking the center and the bank association when the benefits will be implemented.

The court asked him: "For these methods, it takes a month."

"Complexity is like that, it requires time,” said Salve.

But the commission said that decisions made by authorities must now be implemented.

The Supreme Court is hearing petitions, including one seeking instructions to announce part of the RBI's March 27 notice, "bypassing authorities to the point where it charges interest on the loan amount during the moratorium ."

The Reserve Bank of India (RBI) recently filed an affidavit with the Supreme Court stating that a loan moratorium exceeding six months could lead to  " vitiating the overall credit discipline", which would have a " debilitating impact" on the process of credit creation in the economy.

These affidavits were filed following the October 5 Supreme Court order requiring them to record the KV Kamath Committee's recommendations on debt restructuring due to the stress associated with COVID-19 in various sectors, as well as notifications and circulars. issued so far on the suspension of the loan.

He also said that the interim order issued by the Supreme Court on September 4 restricting the classification of accounts to delinquent accounts in terms of directives issued by the Reserve Bank of India, can be overturned with immediate effect.

The Kamath Committee made recommendations for 26 sectors that lending institutions could consider during the finalization of loan settlement plans and said banks could take a tiered approach based on the severity of the coronavirus pandemic in the sector.

Initially, on March 27, the Reserve Bank of India issued a circular allowing lending institutions to grant a moratorium on repayment of installments of term loans that are due between March 1, 2020, and March 31, 2020. May 2020, due to the pandemic.

Subsequently, the moratorium was extended until August 31 of this year.