GST Council may set up GoM on compensation shortfall

New Delhi: The Goods and Services Tax (GST) Council could consider setting up a group of ministers (GoM) to resolve the row over states having to borrow from the market to cover the compensation deficit. Apart from the two options that the center presented to the states, a third option emerged, which proposed that these countries go into debt jointly, rather than states taking on the entire burden. Punjab has written to the center asking for a GoM to resolve the issue. Kerala and Chhattisgarh have backed the demand.

“Why not set up a GoM to decide?” Kerala Finance Minister Thomas Isaac said. He said that the problem of borrowing instead of GST compensation can be solved within the government, as in the past, adding that the council could also discuss the option of offering the center something additional to the states, such as agreeing to take part the total borrowing. 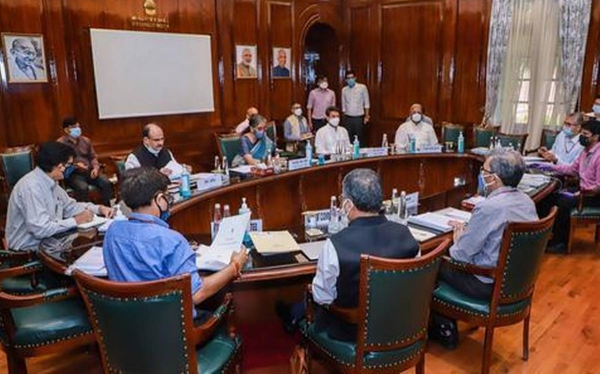 The council is scheduled to meet next on October 12 to discuss the matter. The government offered the states two options to satisfy the GST compensation deficit: borrow Rs.1.1 lakh crore to partially cover the deficit or borrow the total deficit of Rs 2.35 crore. The GST Council meeting on October 5 was unable to decide on these options as 10 countries and UTs strongly opposing them. A top official from an opposition-ruled state also backed the third option, with both center and the states sharing part of the burden of borrowing. "This (borrowing) could be in proportional to the vote share of states and the Centre (in the council),” the official said.

Chhattisgarh commercial taxes minister TS Singh Deo asked why a GoM could not be created instead of forcing the states to choose. "These proposals can be considered," he said. Deo also dismissed the view that the board is not authorized to vote on loan proposals. It was asked, if the proposal was presented to the council by the center in lieu of compensation due to the states, how could this forum not decide? He said that some states like Uttar Pradesh have suggested revenue augmentation measures, including raising cess on gutka, he said.