The United States remained India's top trading partner for the second consecutive fiscal year in 2019-20, indicating an increase in economic ties between the two countries. According to data from the Commerce Department, in 2019-20, bilateral trade between the United States and India was $ 88.75 billion compared to $ 87.96 billion in 2018-19.

In the 2018-2019, the United States surpassed China for the first time to become India's top trading partner. 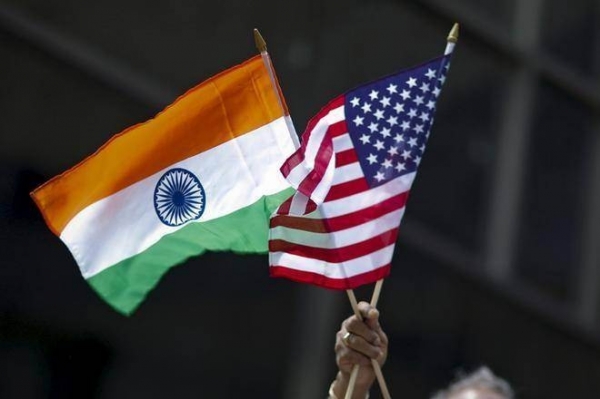 The data also showed that China was India's number one trading partner from 2013-14 to 2017-18. Before China, the UAE was the largest trading nation.

India is also considering specific steps such as drafting technical regulations and quality control orders for a set of items with the aim of reducing dependence on imports from China and promoting local manufacturing.

Trade experts believe that the trend of expanding trade ties between New Delhi and Washington will continue in the coming years and that the two sides will participate in deepening economic ties.

Biswajit Dhar, a professor of economics at Jawaharlal Nehru University, said the presence of the Indian diaspora in the United States is one of the main reasons for the increase in bilateral trade.

"The presence of the Indian diaspora creates demand for Indian goods like consumer goods and we provide that. A balanced trade agreement that will further strengthen economic ties," Dhar said.

India and the United States are negotiating a limited trade agreement with the aim of resolving disputes on the trade front and strengthening trade ties.

Rakesh Mohan Joshi, a professor at the Indian Institute of Foreign Trade (IIFT), said that although the trade deal would be mutually beneficial for both countries, India should be a bit cautious when negotiating the deal with the United States in areas such as agriculture, dairy, and issues related intellectual property rights.

Subhash Chander Ralhan, president of the Ludhiana-based Hand Tools Association, said that there is huge potential to boost bilateral trade between the two countries due to the growing anti-China sentiment in both countries.

"Due to anti-China sentiment, many American companies are exploring news providers in countries like India to reduce dependence on China, and if that happens, it will greatly help India increase exports to the United States," Ralhan said.

On the other hand, the United States wants greater market access for its farms and manufacturing products, dairy products, medical devices, and data localization, in addition to reducing import tariffs on some ICT products.

Also Read: Apple iPhone 11 set to retail at less than Rs 50,000 for the first time ever