A slew of changes will take place for vehicle owners from today in India regarding the mandatory carrying of vehicle-related documents. In order to push digitization and prevent harassment of drivers by traffic police officers, the Union Ministry of Road and Highway Transport (MoRTH) has notified several amendments in Central Motor Vehicle Rules 1989 from 1 October 2020.

Business2Business take you through these changes in the motor vehicles rules:

1) No physical verification of vehicular documents

All the vehicular documents found validated through electronic means shall not be demanded in physical forms for inspection. It also includes cases in which there is an offense made out necessitating seizure of any such documents. Even e-challans will also be made available on the govt's digital portal for the perusal of the traffic violators. 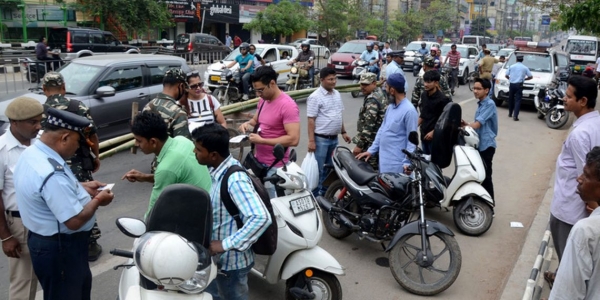 2) What if DL needs to be revoked?

If a situation arises where the driver's license should be reported for disqualification or revocation due to serious violations, the authorities can record and report the violator's report on the digital portal. The portal will be updated chronologically.

Read More: Can I claim income tax benefit on both HRA and home loan?

3) No one escapes the new system

A record of violators will be kept electronically and the authorities will also monitor driver behavior. Not only violators, the time stamp, and the identity of the police officer in uniform or any other official authorized by the state government shall be recorded on the govt portal. The reason is to avoid unnecessary vehicle re-checking or inspection of vehicles and remove harassment of the drivers.

4) Where shall you store your vehicular documents?

Drivers can keep their vehicle documents on the central government portal, such as Digi-locker or m-parivahan. It is no longer necessary to carry physical documents on a mandatory basis. DigiLocker is a government initiative aimed at the concept of paperless governance. Self-uploaded documents can be eSigned, which is similar to the process of self-attestation.

5) Use your phones wisely

Use of mobile phones or other handheld communication devices should only be used while driving to navigate the road in a way that does not disturb the driver's concentration while driving. Even if you are caught using your phones for any purpose other than this, the offender will be fined under the existing traffic norms.