The new round values Byju's value at $ 10.8 billion, up from its latest valuation of $ 10.5 billion from the previous Series F round that closed in August, said a person familiar with the deal.

"This is a separate corporate round different from the earlier Series F round which was closed in August 2020, and there are more new international investors expected to fund Byju’s in the coming quarters."

This year, so far, Byju's has raised around $ 1 billion in funding, including its Series F rounds, which saw Tiger Global and General Atlantic earlier investing $ 200 million each. On August 27, 2020, the edtech unicorn also raised $ 122 million funding from DST Global, the investment fund headed by tech billionaire Yuri Milner. Before that, in June 2020, Byjus took another $ 100 million from American tech investor Bond 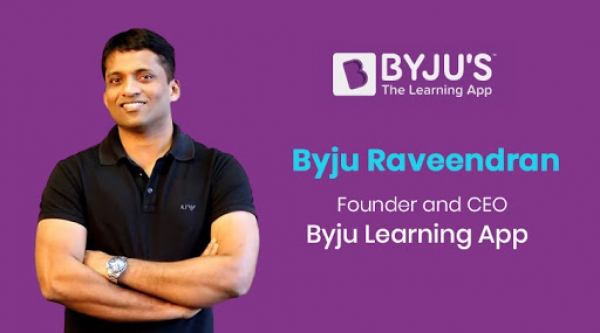 “We are fortunate to have been in a sector of positive importance during this crisis. This has brought online learning to the forefront and helps parents, educators, and students experience and understand its value. Byju CEO said in a statement that our classrooms are likely to change for the first time in 100 years and I am very excited about the opportunities we have to redefine the future of learning,” Byju Raveendran, chief executive of Byju's said in a statement.

"We are delighted to lead this investment and partner with Byju and his impressive team of educational technology pioneers in their mission to help children in India and around the world realize their true potential," added Greg Mondre, Co-CEO of Silver Lake.

Since the closure, Byju's has seen over 20 million new students start learning from its platform for free. Today, the app has more than 64 million registered students and 4.2 million paid annual subscriptions. BYJU had doubled its revenue from â‚¹ 1,430 crores to Rs 28.00 crore in FY 19-20.