What are the defence items on which India has imposed an import ban?

In a major boost to the Atmanirbhar Bharat initiative, the Defense Ministry decided to impose a ban on 101 imported items to boost indigenisation of defense production. Announcing the decision on Twitter, Defense Minister Rajnath Singh announced that the Defense Ministry has prepared a list of 101 items whose importation will be prohibited beyond the indicated timetable.

A separate budget head of Rs 52,000 crore has been created for domestic capital procurement in the current financial year to boost the country's defense industry.

Among the 101 defense items that will not be imported from now on are Artillery guns, light combat helicopter, assault rifles, corvettes, radars, wheeled Armoured Fighting Vehicles (AFVs), transport aircraft, and other high technology weapons. Rajnath Singh announced on Sunday that all of these products will be manufactured locally. 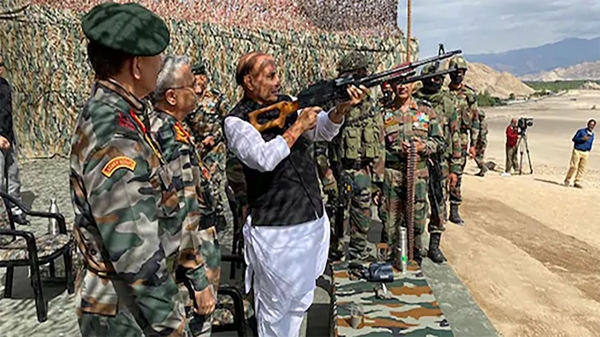 Here is the list of the items that have been put under embargo by the defense ministry:

36.All variants of Depth Charges

60.Simulators for A Vehicles / B Vehicles

61.Simulators for Towed and Self Propelled Guns of Air Defence

62.Simulators for Correction of Fire by Observers

66.Software Defined Radio (TAC) for IN

A total of 69 items out of 101 on the Indian Defense Ministry's embargo list will not be imported as of December 2020. 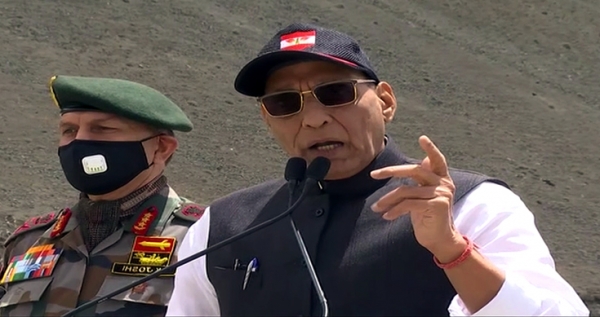 The import ban will be implemented between 2020 and 2024. Rajnath Singh said that over time, more such equipment for import embargo would be identified.

Rajnath Singh said in a tweet on Twitter: "The Ministry of Defense has prepared a list of 101 items that there will be an import ban beyond the indicated timeline against it. This is a great step towards self-reliance in defense. #AtmanirbharBharat ".

“The 101 Prohibited List consists of not only simple parts, but also some high-tech weapon systems such as artillery guns, assault rifles, corvettes, sonar systems, transport aircraft, LCHs, radars, and many other items to satisfy the needs of our defense services, ”said Rajnath Singh.

"The list also includes wheeled Armoured Fighting Vehicles (AFVs) with an indicative import ban date of December 2021, and the Army is expected to hire approximately 200 of them at a cost of approximately Rs 5,000 crore. #AtmanirbharBharat,” Rajnath Singh tweeted.

The defense minister also said the decision would provide an opportunity for the Indian defense industry to manufacture items on the negative list "using its own design and development capabilities or by adopting technologies designed and developed by DRDO to meet the requirements of the Armed Forces ".

Rajnath Singh said that the Defense Ministry had prepared the list of 101 imported items after several rounds of consultations with all stakeholders to assess the current and future capabilities of the Indian industry to manufacture various ammunition and equipment in India.

"Our aim is to inform the Indian defense industry of the expected requirements of the armed forces so that they are better prepared to achieve the targeting objectively," said Rajnath Singh.

The Defense Minister said: "The DMA will remove more of this import ban equipment in consultation with all stakeholders. This will also be noted in the DAP to ensure that no negative import list item is addressed in the future".