Trump signs order to suspend H-1B, L-1 visas till end of this year

U.S. President Donald Trump has suspended H-1B, L, and other temporary work permits, which he says are aimed at protecting local workers facing unemployment due to the spread of the coronavirus. The move was blasted by the US tech industry, which it said would hurt innovation and delay the recovery of the US economy.

"We have a moral duty to create an immigration system that protects the lives and jobs of our citizens," Donald Trump said in a statement.

The suspension will be effective till December 31.

Trump said that between February and April 2020, more than 20 million workers in the U.S. had lost their jobs in key industries where employers are currently requesting H-1B and L workers to fill positions. Additionally, the May unemployment rate for American youth, who compete with certain J non-immigrant visa applicants, has been particularly high: 29.9 percent for 16 19-year-olds, and 23.2 percent for the 20-24 year age group. 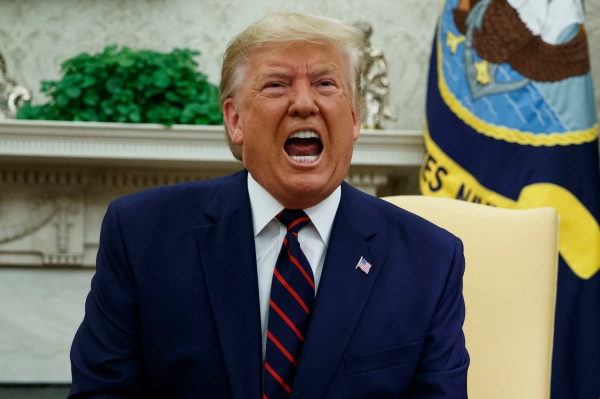 "The entry of additional workers through the L  non-immigrant visa programs H-1B, H-2B, J, is, therefore, a major threat to employment opportunities for Americans affected by the extraordinary economic disruptions caused by the outbreak of COVID-19," he said in the order

Sundar Pichai, CEO of Google and Alphabet born in India, said he was disappointed by Donald Trump's order to restrict immigration, including H-1B visas.

“Immigration has contributed immensely to economic success, making it a global leader in technology, as well as Google, the company it is today. Because of its disappointment with today's announcement, we will continue to support immigrants and work to expand opportunities. Pichai said on the microblogging platform Twitter.

US tech industry criticized Trump, saying the restrictions would slow innovation and undermine the technology industry.

“The technology industry is working overtime to keep Americans connected during the global pandemic by providing food delivery services, telehealth, collaborative business solutions, and ways for families and friends to stay in touch.” Linda Moore, President, and CEO of TechNet said: “Looking ahead, you will remain Technology is critical to rebuilding our economy (the United States). ”Today’s executive order only hinders the ability of businesses to make decisions about how best to deploy the current workforce and hire new employees. This would slow innovation and undermine the work the technology industry is doing to help our country recover from unprecedented events. "

This move will affect US technology companies more than Indian IT Service Providers, who have reduced their dependence on H-1B visas in recent years and have hired more people locally.

The share of visas garnered by US firms such as Google, Amazon, Facebook, and Microsoft is constantly increasing. In the fiscal year 2019, seven of the top ten recipients of H-1B visas were U.S. companies. According to data from the US Citizenship and Immigration Services. In the U.S., the share of Indian companies among the top 10 visa recipients decreased to 24% in 2019 from 51% in 2016.

Indian software lobby group NASCOM asked the US government to reduce the time to 90 days instead of till the year-end.

"Despite the fact that our companies have hired tens of thousands of Americans and invested billions of dollars in recent years, they like others in the sector utilize such highly skilled individuals to serve their clients." This new proclamation will impose a new challenge and maybe forced more work to be performed offshore since the local talent is not available,” Nasscom said in a statement.