Akash Ambani was the one to choose Facebook, the next big investments and the ideas sold to investors

Since March, India has heard about two things happening repeatedly: the lockdown been extended and Reliance Jio raising money.

With eight investments in seven weeks, Jio has already raised â‚¹97,885.65 crores (almost $13 billion) by giving away the 21% stake in the company. From Facebook to the latest from the Abu Dhabi sovereign fund, investments have taken Jio Platforms shares to â‚¹4.91 lakh crore and enterprise value to â‚¹5.16 lakh crore.

While the breakneck speed of investments has surprised everyone, Ambani household is building up as business as usual with Mukash Ambani's elder son Akash Ambani taking charge. 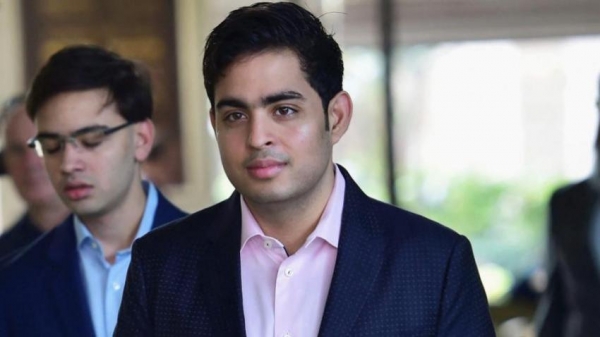 In 2014, Akash Ambani joined the Reliance’s telecom unit, two years before Jio was officially launched in the market. Akash Ambani, then 22, a recent graduate from Brown University in Economics, joined the company a little earlier than his father Mukesh, who was brought back from Stanford to join Reliance at the age of 24. Akash Ambani was to be part of the company’s then ambitious 4G venture.

A source told that Akash  Ambani is now leading the  Jio deals. Akash was the one who chose the Facebook deal. He has a lot to say in deals. They decided on Facebook as the first investor because it comes with Instagram and Whatsapp ".

As Akash Ambani and Reliance veteran Manoj Modi, also CEO of Reliance Retail, closed deals, having Mukesh Ambani as the father and the Chairman of the company helps. “It's easy when it comes to Mukesh Ambani. Investors have just looked at how secure the money is and the reputation of the people who are running it. There are three things behind the deals: Mukesh Bhai’s trust and reputation, and hard work of Akash and his team at JIO plus the deal closure skills of Manoj Modi,” a source told.