Reports of migrants returning to cities such as Mumbai suggest that economic activity may return to normal in India sooner than we might initially fear.

Among the reasons for laborers returning to work is the fact that most households have low savings. Upon returning to their villages, these savings got exhausted in a few days.

The skilled work or businesses that these workers have been engaged for many years in cities give them much higher incomes than what is available in villages. Also, the fear of losing jobs, especially for those who have worked in a particular institution for many years, will return many of them.

While not all migrants can return, those who returning can be a significant number. The upside of this is that the economy can return to normal much sooner than feared. Employers may be able to return workers and resume businesses.

With the opening up of the economy, employers not only faced cash constraints and lack of demand, but they were also reported to face labor shortages. This issue will be addressed when the migrants return.

Economic and emotional factors have prompted laborers to return to their villages where their families live. But in the near future, the factors that originally pushed people to move from their cities to their own still remain.

While the government's economic revival package has a pro-rural bias and an attempt to decongest cities, the gap between urban and rural earned income in India remains high. The average rural income, according to government estimates, is about Rs 41,000 per annum, compared to Rs 98,500 per annum in urban India.

This is a long-standing problem, sometimes called the " Bharat-India divide." One of the surprising facts about India's development model has been the uneven  development of rural and urban India. 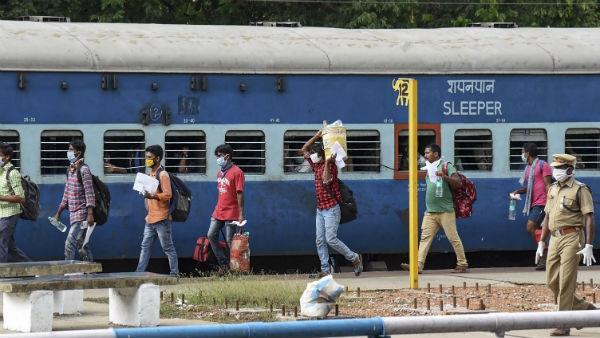 While the industrial sector was liberalized in 1991, agriculture was not. Successive governments seem to have treated the green revolution as an appropriate "reform" in agriculture. However, agriculture was shackled by a pro-cereal policy inspired by India's need for self-sufficiency in agriculture. Today, at a price of Rs 3.5 crore, cereals contribute about a fourth of the value of crops produced in India.

However, government policies continued to focus on growing grain. Consequently, the need for markets, storage, and infrastructure for non-grains was crucial to unlocking India's growth potential in agriculture.

The new ordinances announced as part of the economic package will pave the way for reform of Indian agriculture.

In many articles in this column, we have been defending the need for these reforms. It will help increase farmers' incomes and make food cheaper for the Indian consumer.

A 2018 study with co-authors of NIPFP made the case for a national market and food and the removal of trade barriers permitted by national legislation.

While government reforms are very crucial and welcome, it will take some time to influence farmers' incomes. In the near future, support to rural areas has been provided in the form of more spending on MGNREGA, Kisan Samman direct benefit transfers, higher MSPs, etc. But income differentials remain.

The return of migrants, while good for economic activity in the coming weeks and months, will pose new challenges for cities. As India opens its economic activity without the COVID vaccine, it seems that the tacit hope is to achieve collective immunity. Governments are asking the elderly to stay at home, while young people are encouraged to go out, travel, and work.

A study by CDDEP and Princeton University suggested that India, with a large number of young adults, could acquire herd immunity in seven months.

So far, the herd immunity strategy that seems to be implicit in the unlocking of the economy is based on global data which suggests that people over the age of 60 are more vulnerable to the virus. But does this age limit work in India?

In Delhi, for example, 82 percent of COVID-related deaths have been of those above the age of 50.

Local data suggests that a minimum cut-off is needed in India, which has a lower life expectancy. There is a need to analyze datasets of COVID testing and related data so that a policy can be developed on this basis regarding the characteristics of the Indian population. The government must make this information available to investigators.

The resumption of economic activity will result in many more people who will become ill than during closure. Even when we try to protect the elderly, we need to set up and expand health facilities much more to treat patients.

For example, the current strategy does not allow all those who were exposed to patients with COVID positive to be evaluated positively, unless they are symptomatic. Since 75 to 80 percent of people who have positive results do not have symptoms, it is difficult for most homes and workplaces to know who is isolated.

The guidelines require that more people be isolated from patients. If people want to pay for the test and return to work, more tests will allow them to resume work. It will also help reduce the number of people who are seriously ill.

The purpose of the lockdown was to prepare the Indian health system to be able to do this. It is reported that the private sector today has the capacity to increase testing capacity multiple-fold.

More testing and better policy-making based on Indian data can help revive the economy faster.