New Delhi: You may need to have the Aarogya Setu app if you want a haircut, but it will take much less time than before, just like many other grooming services, including something called the zero-touch facial. But shaving and threading may not be available, because no one will be allowed to get close and personal in the post-COVID times. And, your stylist could well be kitted out in full PPE.

Encouraged by the initial response in states such as Karnataka, Gujarat, Punjab, and Rajasthan, salon and grooming service providers are getting back to business armed with new security protocols and products, hoping for a rush similar to that in Europe and elsewhere on opening up.

Customers can expect quicker haircuts and less time in-store with new services like zero-touch facials  (using devices that can be disinfected) and contactless payments. There will be a temporary halt on more "intimate" services, such as massages and nail bars, and no refreshments will be provided under the new guidelines and protocols. Manicures and pedicures might be scarcely available in some chains.

Chains such as Jean-Claude Biguine, Geetanjali Salons, Studios, and Enrich said the salons are being extensively sanitised. 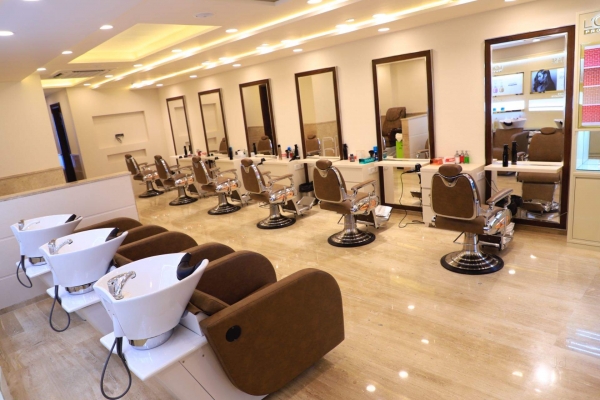 DP Sharma, Director in the Professional Products Division, said L’Oréal India held online training sessions for about 50,000 hairdressers and beauticians during the lockdown besides, formulating guidelines for its 45,000 salon partners. He expects a faster recovery for the industry in India. L'Oreal had a 58% stake in the salon segment before Covid-19 took hold, as per industry data.

"We think in the short to medium term, the market will recover because beauty is a necessity today," said Sharma. " As people start to head out and socialize, they will not be able to do without their regime. This has become an integral part of everyone's life."

"Back to Pre-COVID levels"

"Some salons after the opening have already clocked about  70% of pre-COVID revenues in the first few weeks," Sharma said. "I am not saying that this is the industry norm, but some salon chains have come back to this level. It is similar to what happened in Europe. When the markets opened, there was a frenzy of consumers trying to come back to salons because the confidence was so high. And this is exactly the kind of confidence that we are trying to generate here.”

According to Vikram Bhatt, director of Enrich Salons, business is back to pre-COVID levels in Karnataka and Gujarat. Enrich has 80 salons across the country, including Maharashtra, where salons haven’t reopened yet.

"In Bengaluru, we have seen a 20% drop in footfalls in the first 10 days," Bhatt said. But more services were sought, so the average bill value was higher. In Gujarat, there was a 30% drop in footfalls, but the bill value was higher. In fact, it was the same business at the same time last year. We are surprisingly delighted and keeping our fingers crossed.”

Bhatt said he didn’t think people will come for skincare, but the chain’s ratio of services offered remains the same. "It's 55:45: 55% is our hair revenue and 45% is skin.”

"Aarogya Setu apps will be a necessity for both customers and clients as well as mandatory temperature checks, health and travel declarations, and protective gear.  We are regularly sanitising all the tools and touchpoints at the salon regularly and are ensuring that we use the single-use products for all things mostly,” he said.

“We opened in Gurgaon and Noida last week and also opened our outlets in cities like Ludhiana, Jaipur, Lucknow, and Kanpur. Cases are going up so we have to take extra care. Our clients are happy with the precautions we have taken so far. "

In states like Maharashtra, where salons still cannot be reopened, chains are banking on social commerce to sell grooming products. “We have more than 19,000 salons in the country devoted hat are engaging in social commerce. We have partnered with 12 delivery partners through which salon partners can sell their stock through warehouses in non- containment areas. We have also trained hairdressers and beauticians on e-consultation with consumers through video calls. We will also continue with that model,” said Sharma.