India lost more jobs due to Coronavirus lockdown than US : CMIE

Employment plunged in April after the government imposed a 40-day lockdown in the country with a population of 1.3 billion people, forcing businesses to close the to shut and pushing up the jobless rate to 27.1% in the week ended May 3, surveys conducted by the Center for Monitoring Indian Economy Pvt. showed.

According to CMIE, workers who receive daily salaries and employees of small businesses are hard hit. These include hawkers, street vendors, construction workers, and many who earn their livelihood by pushing handcarts to rickshaws. "This is not just an amazing number," wrote Mahesh Vyas, CMIE CEO in the Business Standard newspaper. "It is a human tragedy because these are perhaps the most vulnerable part of society." 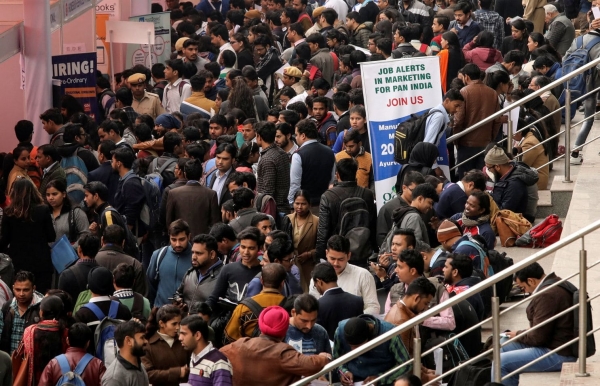 Estimates of job losses in India are more than four times higher than the 30 million Americans who filed for unemployment benefits over six weeks. CMIE has warned that data could get worse in India with the extended lockdown in many areas.

Vias said more and more people are also looking for a job, and participation rate rising to 36.2% in the week ending May 3 from 35.4% previously.

The government does not publish regular unemployment data, and investors relying on CMIE surveys to provide guidance in the labor market. The latest official government figures, published in May 2019, estimated the unemployment rate at 6.1% in the year to June 2018.