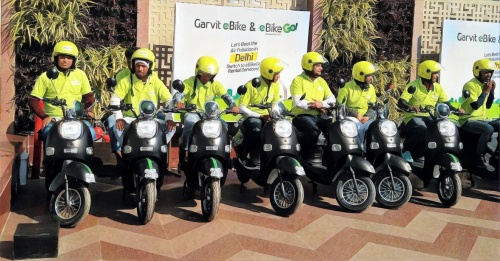 eBikeGo will use the fresh funding to expand into four new cities including Mumbai, Bangalore, Hyderabad, and Pune and for increasing their fleet in cities they are already present in. eBikeGo also hopes to expand its network to include Chennai, Kochi, and Kolkata in the future, although it did not provide any timeline.

The startup is also working to expand its service network in different parts of the city to provide a solution for the customers and business partners using electric two-wheelers.

The startup which initially launched in Amritsar in 2017, expanded to four cities including Delhi, Amritsar, Jaipur, Jalandhar, and Agra within two years of operations and is planning to expand in 8 cities by the end of 2020.

eBikeGo is working with different delivery companies to convert their fleet into electric and has successfully provided a fleet solution to companies like Zomato, Delhivery, Ferns & Petals, Gostops, and others.\

“eBikeGo is solving the major problem of pollution in India by converting the fleet of petrol two-wheeler to electric, and at the same time, it is helping the driver to increase their take-home income by more than 25%. This is the part that interested me most," said Amit Singal, founder of Startup Buddy in a statement.

“eBikeGo has contracts signed with multiple companies and has letters of interest from many others to provide fleet. Thus eBikeGo plans to go to pre-series fundraising round very soon to meet the rapidly growing demand," added Irfan Khan, founder of eBikeGo.