The World Bank on Tuesday warned of a recession in 2023, saying a sharp and prolonged slowdown is expected to hit developing countries hard. It said global growth was slowing sharply in the face of high inflation, higher interest rates, lower investment and the upheaval from Russia's invasion of Ukraine.

The World Bank warned in its most recent report on Global Economic Prospects that "given the fragile economic conditions, any new negative development, such as higher-than-expected inflation, a sudden rise in interest rates to contain it, the resurgence of the COVID-19 pandemic, or an increase in geopolitical tensions, could tip the worldwide economy into recession."

The foundation said this would be the first time in more than 80 years that two global recessions have occurred during the same decade. 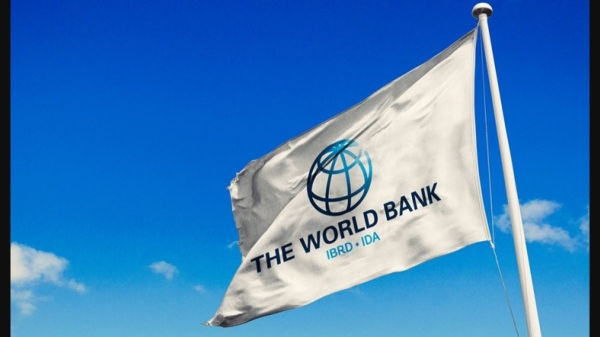 Growth in advanced economies is expected to slow from 2.5 percent in 2022 to 0.5 percent in 2023. Over the past two decades, slowdowns of this magnitude heralded a global recession, according to the report.

In the United States, growth is expected to slow to 0.5 percent in 2023, 1.9 percentage points below previous forecasts and the weakest performance outside of official recessions since 1970.

Excluding China, growth in emerging market and developing economies is expected to slow from 3.8 percent in 2022 to 2.7 percent in 2023, reflecting marked weakness in external demand compounded by higher inflation, currency depreciation, tighter financing conditions, and other local headwinds.

The World Bank said that by the end of 2024, GDP levels in emerging and developing economies will be about 6 percent lower than projected levels before the pandemic.