The first mostly non-human run McDonald's restaurant is open for business outside Fort Worth, Texas.

At just one location so far, customers can drive to the golden arches and expect to be served a Big Mac or a Happy Meal by a food and beverage conveyor instead of an actual, real-life human being.

A spokesperson for McDonald’s told that the test concept “is not fully automated”, emphasizing that the restaurant does employ a team comparable to that of a traditional store.

Smaller than a typical McDonald’s, the location is geared towards customers on the go rather than those who plan to dine inside. It limits interactions between team members and customers and uses “enhanced technology that allows the restaurant team to begin preparing customers’ orders when they’re near the restaurant”. 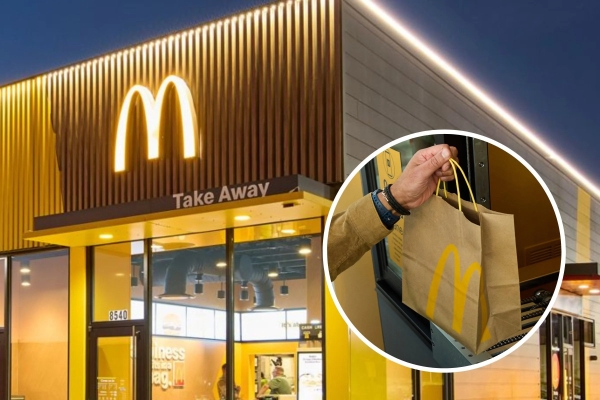 The goal of testing is to improve the speed and accuracy of orders.

Customers can get their meals through “front aisle ordering” or order from a touch screen kiosk in the store.

McDonald's described the concept as "smoother than ever."

But the hack infuriated activists, who criticized the fast-food company for relishing the idea of an expensive automated restaurant instead of paying its workers a living wage.

In Texas, the minimum wage is 7.25 dollars an hour and hasn't increased in nearly a decade. It is above the Georgia and Wyoming minimum wages of 5.15 dollars, which is 2.10 dollars less than the US federal minimum wage. Five other states have not introduced a minimum wage: Alabama, Louisiana, Mississippi, North Carolina South and Tennessee.

Nationwide, most McDonald's workers earn less than 15 dollars an hour, well below living wage in nearly every state. McDonald's is one of the 300 public companies with the lowest average wages for workers, according to a 2021 Institute for Policy Studies report.

The test restaurant raises fears that robots and automation will one day take over jobs, replacing the need for human employees.