Director Pankaj Bansal said on Wednesday that real estate firm M3M India enters Noida property market. It has acquired a 13-acre plot of land in Noida through online auctions and plans to invest around Rs 2.4 billion to develop a mixed-use project.

M3M India, which has a major presence in Gurugram, will be foraying into Noida property market through this project.

"We acquired a 52,000 square meter piece of land in Sector 94 through an online auction conducted by the Noida Authority. We will enter the Noida market through this land acquisition," Bansal told PTI.

The land was bought for Rs 827.41 crore through auction, he said, adding that the total purchase will amount to Rs 1.2 billion including leasing and registration fees.

“Our goal is to launch this mixed-use project, which consists of residential, commercial and hotel apartments, in February and March of next year,” Bansal said.

In response to a question about the financing of this project, he said that the company is in talks with financial institutions to raise funds. 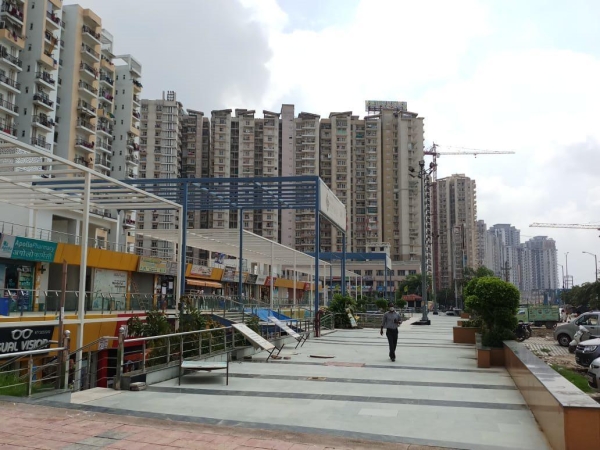 Bansal said the company plans to acquire more land in the Greater Noida market from the authorities, as well as private developers and owners.

Last month, M3M India said its sales bookings rose 34 per cent to Rs 3,583 crore during the April-September period of this fiscal year compared to Rs 2,668 crore in the year-ago period.

In October, M3M India said it would invest Rs 700 crore to develop a new commercial property in Gurugram, Haryana. The company has launched the retail venture 'M3M Capitalwalk' in Sector 113, Gurugram. The project will feature 1,047 units of various sizes ranging from 100 to 3,000 square feet.

M3M India has a land bank of 3,000 acres, of which 600 acres have been recently purchased.

The M3M group developers in 2021 formed another real estate company Smartworld Developers, which is investing around Rs 3,000 crore to develop the company's first two residential projects in Gurugram.