However, since the fiscal year 2020-21 (AY 2021-22), i.e., last year, the penalty amount has been reduced by half, that is, a person who files an ITR registration late will have to pay a maximum fine of Rs 5,000. Also, if his income is below the taxable limit, he doesn't even have to pay the penalty amount if he files his ITR after the deadline with some exceptions. That's why this year's penalty is half of last year's penalty.

The penalty you will have to pay

In the 2021 budget, the government reduced the maximum time allowed for a person (whose accounts are not need to be audited) to file an ITR by three months. Due to the reduction in the time limit for filing an ITR, a subsequent amendment was made to Section 234F of the Income Tax Act of 1961 which imposes the amount of the penalty for filing an ITR out of term. The amount was reduced to a maximum of Rs 5,000 from Rs 10,000 earlier.

Previously, a person was allowed time until the end of the fiscal year, i.e. March 31 for filing a late ITR with a maximum fine of Rs 10,000. 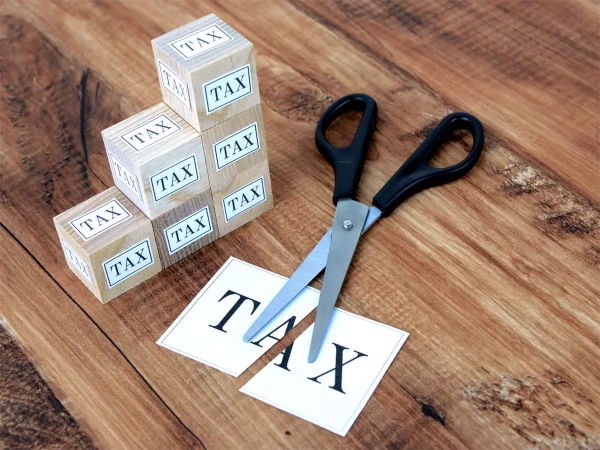 From FY 2020-21 (AY2021-22) onwards, the usual deadline to file a late ITR is December 31 (unless extended by the government). Consequently, for the FY 2021-22 (AY2022-23), i.e., for this year, the deadline for filing the late ITR is December 31, 2022. An individual filing belated ITR by the deadline of December 31, 2022 will have to pay maximum penalty of Rs 5,000.
Till FY 2019-20 (AY 2020-21), there was a two-tier penalty structure for missing the ITR filing deadline. If the late ITR is filed after the expiration of the deadline and on or before December 31, then the person must pay the late filing fee of Rs 5,000. If the ITR is filed between January 1 and March 31, a late filing fee of Rs 10,000 will be charged.
Kapil Rana, Founder and CEO of HostBook, a fintech startup that provides ITR filing services, says, "Pursuant to Section 234F, until fiscal year 2019-20, if a taxpayer fails to file an ITR in due date or earlier, you are responsible for Paying a fee of Rs 5,000 if the tax return is filed before December 31 of the relevant assessment year, otherwise it will be Rs 10,000 if the tax return is filed. is filed after 31st December but from fiscal year 2020-21, the maximum late filing fee of Rs 10,000 has been changed to Rs 5,000 to be paid if the return is filed after the expiry of the due date”.
However, there is no change in the amount of the fine imposed on small taxpayers who are late for the ITR filing deadline. If you are a small taxpayer whose total income does not exceed Rs 5 lakh during the tax year, the maximum fee you will be required to pay is Rs 1000 if the ITR is filed anytime after the deadline i.e. 31 December 2022.