Instagram is working on a new feature that will turn video posts into reels. The social media platform is currently testing this feature with selected users around the world to simplify video on the app.

According to Twitter post by social media consultant Matt Navarra, people participating in the test will see a message in the app that says, "Video posts are now shared as reels."

According to the snapshot, “Video posts are now shared as reels.” Instagram believes that by encouraging all videos to become Reels, videos will have higher engagement, will have access to video effects, and will be able to add and incorporate music into new Reels.

This means that on a public Instagram account, if someone posts a video, they end up on a reel. The message also states that anyone can create a remix with someone's reel if the account is public. But remixing can be prevented by going to your account settings. 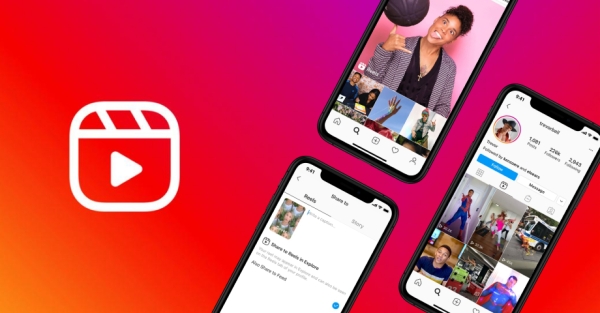 "We are testing this feature as part of our effort to simplify and improve the video experience on Instagram," a Meta spokesperson said.

The modification is being evaluated and it is not clear whether it will continue. It's also unclear what will happen to videos already posted on Instagram and whether you'll still be able to upload 10-minute videos (or up to 60 minutes on verified accounts), as reported by the GSM Arena.

The test comes as Meta is betting big on Insta Reels. Based on Q1 2022 earnings, Meta revealed that Reels account for more than 20% of the time people spend on Instagram.

Last year, Adam Mosseri, head of Instagram, stated that the platform "is no longer a photo-sharing app" about a year ago, having shifted its focus to "creators, video, segmentation, and messaging."

In August 2020, Instagram Reels debuted in the United States, and Reels' short video format of Reels has received a tonne of engagement.