Rugmaker Aurobindo Pharma told stock exchanges on Monday that it has received a "warning letter" from the Securities and Exchange Board of India (SEBI) alleging insufficient disclosures involving the audit by the USFDA at its Unit-I. an API (Active Pharmaceutical Ingredients) manufacturing in Hyderabad.

The market regulator, in its letter to Aurobindo Pharma dated June 24, said that the company disclosed very limited and restricted information regarding the inspection.

The only fact the company revealed was receiving a warning letter from the USFDA.

The SEBI letter alleged that the company did not disclose details about the cause and the observed non-compliance/deviation. for which the warning was issued.

“From the disclosures made by the company, it has been noted that the company disclosed extremely limited and restricted information,” states the SEBI letter, a copy of which Aurobindo has attached to its latest regulatory filing.

The company, in particular, issued a company announcement on November 10, 2021 to inform that the US Food and Drug Administration USFDA will conduct inspection of Unit-1 between August 2 and 12, 2021.

In another announcement, on January 14 this year, Aurobindo Pharma reported that it had received a warning letter from the US Food and Drug Administration regarding an inspection that took place at its Hyderabad facility in August 2021.

SEBI, in its letter, noted that the only fact disclosed by Aurobindo Pharma was that it "received a warning letter from the US Food and Drug Administration." 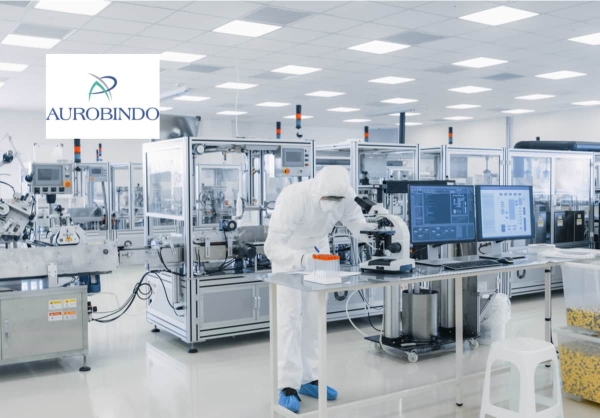 "The company did not disclose the details of the cause and the observed non-compliance/deviation, so the warning was issued," it added.

The SEBI letter also added that Aurobindo Pharma, when asked by the market regulator about the lack of information disclosed in connection with the USFDA action, said that it reported the comments made by the USFDA in its investor earnings call on August 13, 2021 and that its minutes were disclosed on the exchange's platform.

“The above response was examined and it was found that the information disclosed by APL during the investor call was the same as that disclosed and did not provide any additional information other than what was already disclosed,” SEBI claimed.

Aurobindo also provided SEBI that the USFDA was not satisfied with the company's response to two notes issued in the FDA inspection, for which a warning was issued in January 2022, adding that these two notes issued were not considered serious by before the company. Strong corrective action has already been taken to mitigate the risks, and in addition, the concerns raised by the FDA have already been adequately addressed and the status of corrective actions is constantly being updated to the FDA.

The SEBI said Aurobindo's submission on "not considering the warning as serious is not tenable."

While the warning letter is available on the USFDA website, the company chose to provide limited disclosure.

The SEBI letter states that the mere disclosure of receipt of the warning letter from the FDA is insufficient and constitutes an impediment to assessing the current situation."

SEBI said the disclosure by the company is inconsistent with the principles governing disclosures and the listed entity's obligations. A deviation in the future will be seriously considered and appropriate actions will be taken.”

"The warning letter is insufficient and an impediment to assess the current status," SEBI said.

The letter asserts that the limited disclosure provided by Aurobindo Pharma is inconsistent with the "Principles Governing Disclosures" under the SEBI Regulations.

“The aforesaid non-compliance is viewed seriously. You are hereby warned and advised to ensure compliance with all applicable provisions of the SEBI Regulations. Any such future deviation will be seriously considered and appropriate action will be taken.”

Aurobindo Pharma has also been asked to present a SEBI letter to the Board of Directors in the ensuing board meeting.