NEW DELHI - Shares of Ruchi Soya skyrocketed 12 percent in early trading on Monday, as the edible oil firm, owned by Baba Ramdev Patanjali Ayurveda, said it will hit the capital market with its follow-on public offer (FPO) on March 24 to raise up to Rs 4,300 crore.

The Ruchi Soya counter surged to a high of Rs 899.40 against Rs 803.15 at the previous close on the National Stock Exchange. The stock was last trading 10 percent higher.

“The FPO comprises equity shares of a nominal value of Rs 2 each, aggregating to Rs 4,300 crore. The issue also includes a reserve of up to 10,000 shares of stock for subscription by eligible employees. Should this placement be completed, the size of the traceability will be reduced,” Ruchi Soya said in a statement. 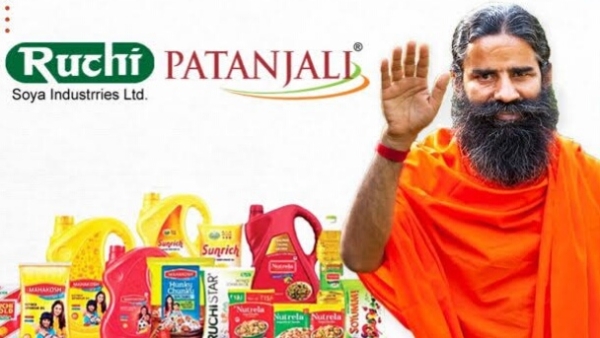 The issue will close on March 28. The Company is issuing an additional public offering in order to comply with market regulator Sebi's requirement of a public stake of at least 25 percent in a listed company.

Proceeds from the issue will be used to boost the company's business by repaying certain existing loans and meeting additional working capital requirements and other general corporate purposes, Ruchi Soya’s statement said.

Ruchi Soya ranks as one of the major players in the soya food space in India. The company had launched the Nutrela brand in the 1980s.

After Patanjali bought it, Ruchi Soya was able to gain from the countrywide distribution network that the Ayurveda boasts of, as well as a strong presence in the fast-moving consumer goods sector.