Zydus Cadila's COVID-19 vaccine ZyCoV-D may be rolled out next week in all seven states of the country initially in phase one.

The seven states are Bihar, Jharkhand, Maharashtra, Punjab, Tamil Nadu, Uttar Pradesh, and West Bengal. It added that all seven states were asked to plan sessions based on the Pharmajet injector and to identify vaccinators to be trained for using it for vaccination.

Sources told the PTI news agency that ZyCov-D, the first COVID-19 vaccine approved by India's drug regulator for those 12 years and above, will be administered to adults only in the seven states as of now.

Meanwhile, according to a report ZyCoV-D, could be entered into the national vaccination program next week, according to people familiar with the development. 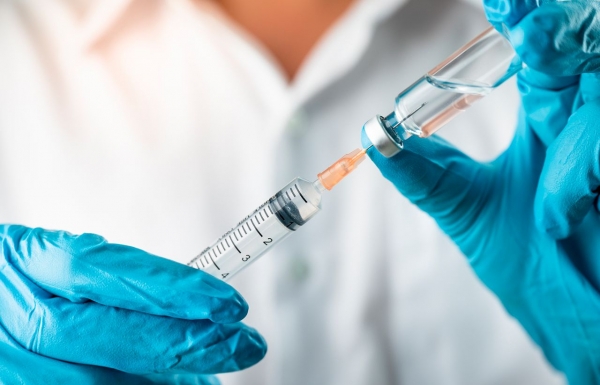 A person aware with the matter said, on condition of anonymity, that "the training of the vaccinators who will deliver the vaccines is almost complete and the vaccine could be introduced soon, likely by next week."

“Zydus Cadila has received a request to supply one crore doses of ZyCoV-D, the world's first plasmid DNA vaccine, to the Government of India at a price of Rs 265 per dose, and the needle-free applicator It is offered at Rs 93 per dose, excluding GST,” the pharma firm had said in a regulatory filing.

The vaccine will be administered with a needle-free applicator called a "PharmaJet", as opposed to the traditional syringes.

A needle-free applicator ensures painless intradermal vaccine delivery, which also results in a significant reduction in any kind of major side-effects.

Zydus Cadila said that ZyCoV-D is the world's first plasmid DNA vaccine for human use, developed indigenously by the company against COVID-19.

The three doses of ZyCoV-D are to be administered 28 days apart. The vaccine received emergency use authorization (EUA) from the Indian drug regulator on August 20.