New Delhi: The National Highways Authority of India (NHAI)  has made the use of drones mandatory to record the development, construction, operation, and maintenance of all national highways.

This comes in the backdrop of India's plan to construct 40 kilometers of highways every day in the current financial year, beating its previous daily record of 37 km that was constructed during 2019-20. India has 137,635 km of the national highway network.

“To improve transparency, uniformity and take advantage of the latest technology, NHAI has made the mandatory use of drones for monthly video recording of national highway projects during all stages of development, construction, operation, and maintenance,” NHAI said in a statement on Wednesday.

"Since these videos will be permanently stored on the 'Data Lake', they can also be used as evidence during the dispute resolution process before Arbitral Tribunals and Courts," the statement added. 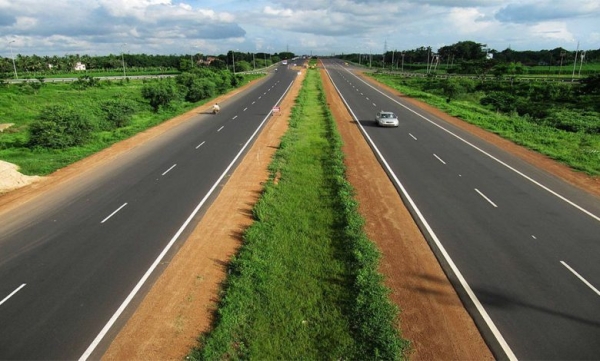 India lined up a large capital investment plan in infrastructure and has already awarded 13,000 km of road lengths which involves an investment of â‚¹3.3 trillion under the â‚¹5.35 trillion Bharatmala project. The Union budget for fiscal 2022 increased the outlay for road transport and highways ministry to â‚¹1.18 trillion.

“Contractors and Concessionaires shall carry out the drone video recording in the presence of the supervisory advisory team leader and upload comparison videos of the current month and last month's project on NHAI's 'Data Lake' portal, capturing various developments related to the project during the month. The supervising advisors will analyze the videos and provide feedback on digital monthly progress reports covering various aspects of project development.”

NHAI has adopted new technologies to speed up road construction. In an effort to increase the pace of road construction, technologies such as radar and remote sensing are being used to map underground infrastructure, such as telephone lines, to avoid wasted time and costs caused by manual mapping errors. This led to the use of radars that detect underground utility lines and Light and Range Sensing (LiDAR) technology, which uses pulsed lasers to measure distance, helping with right-of-way studies.

"These videos will be used by NHAI officials during the physical inspection of projects to check the discrepancies and rectifications made basis the earlier observations," the statement said.

The Ministry of Road Transport and Highways (MoRTH) has exceeded the road construction target for the fiscal year 2021 despite the ongoing pandemic and had constructed 13,505 km of national highways till 31 March 2021.

In addition, Project Directors of NHAI  shall undertake monthly surveys using drones from the date of contract signing to the start of project construction on site and when the project is completed. The National Civil Aviation Authority (NHAI) will also conduct a monthly survey using drones on all developed projects where NHAI is responsible for operation and maintenance.”