The six-year-old Mumbai-based company is expected to be valued at $ 575-675 million after funding, people familiar with the matter said.

Screwvala declined to comment on the details while he interacted. "We are not yet a unicorn." "But we are not very far away," he said.

Screwvala, who founded UTV Motion Pictures in the 1990s and was later acquired by The Walt Disney Company, has so far invested about $ 25 million of his own capital in upGrad since its foundation. 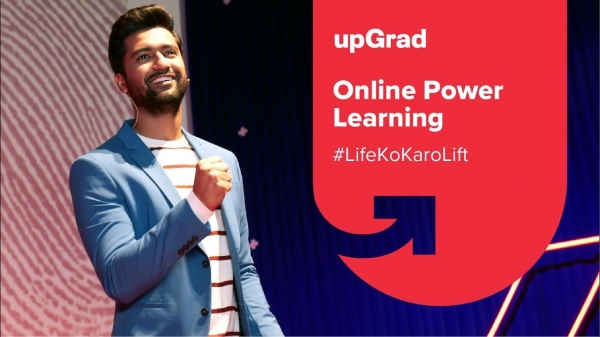 The online education sector, from K-12 and higher education, has seen a massive surge in venture capital in the wake of the COVID-19 pandemic.

"The proceeds will be used for mergers and acquisitions to complement our higher education ecosystem and active career bases," Screwvala told, who is also the CEO of the company.

In addition to the acquisitions, the injection of new capital will go towards expanding upGrad's presence in the US, UK, the Middle East, and Asia Pacific. In the past six months, the educational technology company has established a field presence in the Asia Pacific region.

UpGrad operates in the post-K-12 educational space, offering online courses from universities around the world.

"We believe that the post-K-12 segment will be much larger than the K-12 grade category in the coming years," Screwvala said. "Online degrees, especially college degrees, are a highly scalable opportunity."

Investments will also be made for this purpose.

There are several categories in the post-K-12 stage: college and grades, test prep, and lifelong learning. "In lifelong learning, there are longer and in-depth courses, shorter courses, and additional courses. Mergers and acquisitions in those areas are what we are looking for."

UpGrad entered the exam preparation market late last year when it acquired The Gate Academy, a chain of training institutes based in Bengaluru, for an undisclosed sum. It also acquired Rekrut India recruiting and staffing solutions company around the same time.

Screwvala confirmed that 85% of subscribers to upGrad courses have completed it. "Our completion record is better than many similar companies in America," he said.

UpGrad wants the company to be listed on the public market at the right time. "It's a long-term business that we're growing. As much as financing is a stepping stone to build it, an IPO takes it to another level. When a company goes public, it changes its profile around the world," Screwvala said.

In April, it announced that it exceeded Rs 100 crore in monthly revenue, thus achieving Rs 1200 core annual operating income. "We see ourselves growing 100% annually for many years," he said.

In 2020, India's educational technology industry has seen strong financial and strategic investment activity, according to a recent market news report for online learning platforms. The year was marked by the largest volume of M&A in history. "Backed by strong financing, the large existing platforms have chosen the M&A path to accelerate their growth and expand additional offerings," she said.

Byju's and Unacademy have led the trend towards consolidation in the market as the two best-funded companies.